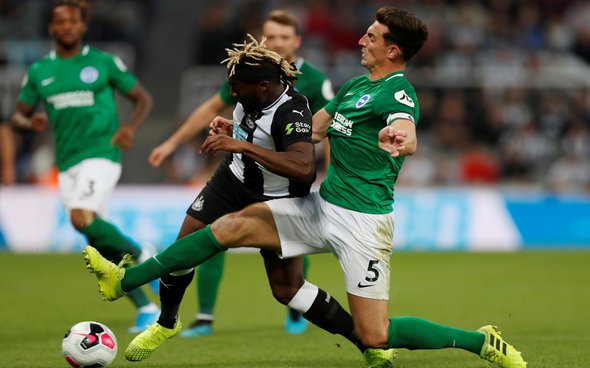 Allan Saint-Maximin is a real enigma. When he is on his game, he is nothing short of breathtaking, but you also get the distinct impression that he has the potential to be incredibly frustrating to watch as well. His high octane brand of trickery has already earned him an army of fans on Tyneside, and his performance for Newcastle United in the 1-1 draw with Wolves on Sunday had many supporters heralding him as a messianic figure. It’s not hard to see why. The Frenchman is wonderfully charismatic, and when you combine that with his frightening pace and willingness to humiliate defenders, he can really be a sight to behold. We saw it last week against Chelsea, when, even in defeat, he managed three key passes and four successful dribbles, as per Whoscored, and we saw it again on Sunday afternoon when he consistently looked lively and promising. The wide man offers the Toon Army a whole new dimension, and if he can stay fit and keep up his current form, he could be the key weapon needed in their fight to avoid the drop. It’s early days, but he looks like one heck of a signing at the present moment.