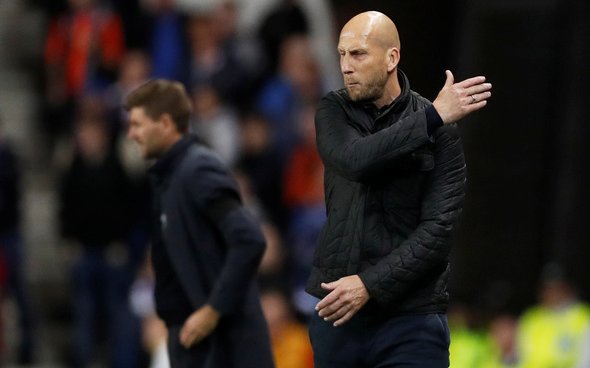 It was every Newcastle United’s fan worst nightmare when Rafael Benitez inevitably left the club in the summer.

The Spaniard left St James’ Park, and almost immediately made the decision to join Chinese club Dalian Yifang, much to the disappointment of everyone in the North East.

That led to the usual merry-go-round of a number of different candidates being thrown in the air to potentially take over the club, which could have been the worst job to take after the hero status Benitez left the club with.

It was Steve Bruce who eventually was given the nod by Mike Ashley, much to the initial disappointment of all Newcastle fans, with the new boss having struggled in the Championship in recent spells with both Sheffield Wednesday and Aston Villa.

It was a real drop down from the suggestions of Patrick Vieira and Steven Gerrard throughout the summer, and Bruce hasn’t done much to justify the decision to give him the job at this moment in time.

Jaap Stam was another name that was thrown into the mix, and the former Reading manager recently claimed to Dutch outlet VI that the Magpies approached him before he took charge at Feyenoord in the summer.

Newcastle rejected that specific claim according to the Chronicle and revealed that they neither held talks or even had any interest in the former Manchester United star.

The Magpies have clearly dodged a bullet in not approaching or appointing Stam this summer, as despite joining PSV Eindhoven in the summer, he has already resigned from his role on Monday [BBC].

Stam stepped down after losing 4-0 to Ajax in the Eredivisie on Sunday afternoon and only won three of his 11 games in charge of the Dutch giants.

Newcastle have clearly dodged a bullet by not appointing Stam, who more than proved during his brief spell at Feyenoord that he is not prepared for a job at the top levels of football at this moment.