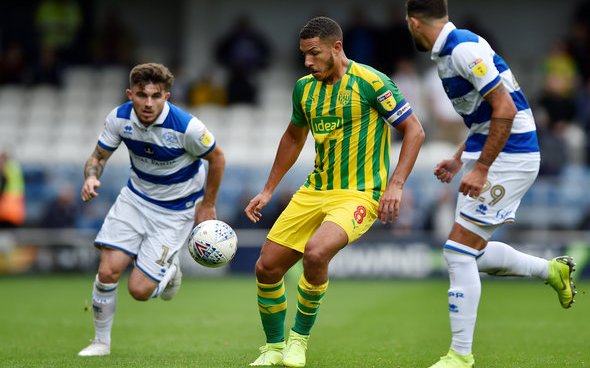 The outlet claims that the Magpies are interested in getting the 23-year-old for between £2-3million come the winter transfer window, with the player out of contract come next summer.

Manning has been in terrific form for QPR since being converted into a left back by Mark Warburton, attracting the interest of the Saints as well as Steve Bruce and co.

However, the London club do have the option to extend Manning’s contract for another year.

There’s no doubt that Manning has been one of the stars of the early part of the season for Warburton’s side. It was a stroke of genius for the former Brentford boss to shift him from midfield into defence, much like former Magpies chief Rafael Benitez did with Matt Ritchie last season. The question for Newcastle becomes whether they are willing to outbid a team like Southampton, and whether Manning is good enough to improve Bruce’s team. The first part of that question is difficult to answer, because owner Mike Ashley has splashed out on players like Joelinton and Miguel Almiron over the past year. As for the second one, we’d have to take a look at the statistics. As per WhoScored.com, Manning is achieving a much higher average WhoScored rating than Newcastle’s two left wing backs, Jetro Willems and Ritchie. He is achieving a 7.11 rating at this moment in time, with Ritchie on 6.82 and Willems 6.81. He’s also averaging the most tackles of the trio, while he’s being dribbled past the least as well. However, there are other categories where the Newcastle men have the edge. 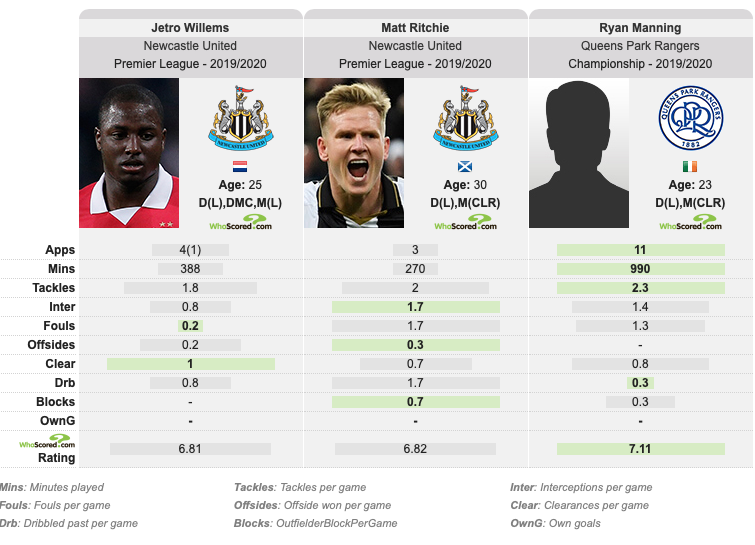