Longstaff crashed back down to earth v Chelsea 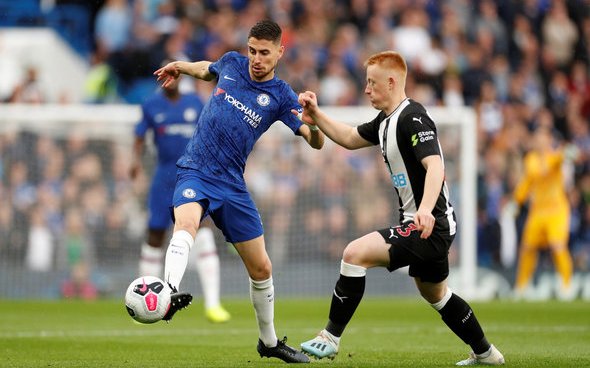 However, the 19-year-old undoubtedly came crashing back down to earth against Chelsea on Saturday, failing to get anywhere near the level he achieved at St James’ Park.

The Magpies did OK at Stamford Bridge, hanging in there for quite some time before former Sunderland man Marcos Alonso put them to the sword, but the younger Longstaff was one of those who struggled most in a black and white shirt in west London.

He didn’t seem to have the pace or the tactical acumen to be able to cope with the likes of Ross Barkley and Mason Mount charging past them pretty much from the word go.

You don’t want to criticise the young man too much – this was only his second Premier League start after all – but there’s no arguing with the fact that he took a major backwards step against Frank Lampard’s side.

The statistics show that the teenager was simply unable to get anything going on Saturday. As per WhoScored.com, Longstaff failed to have a shot or key pass, while he managed only 29 passes with a 65.5% success rate.

Retaining possession is clearly a problem for him, because even in a tremendous display against the Red Devils, he only managed 73.8% pass success rate.

Meanwhile, the Englishman was dispossessed three times against the Blues, on his way to a WhoScored rating for the day of just 5.63.

Again, we don’t want to hammer the young man, because he is still developing. However, all the gushing excitement surrounding him after the United game was somewhat quashed on Saturday.