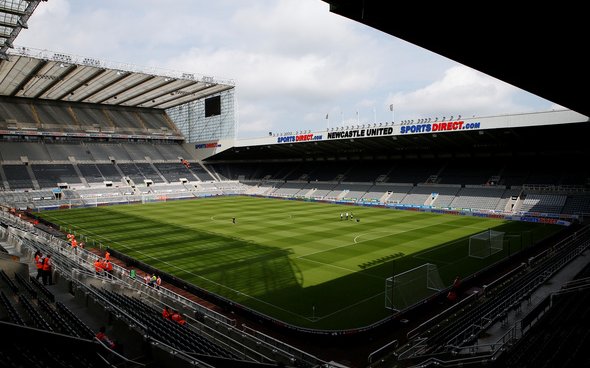 Keith Bishop and Justin Barnes attended Newcastle United’s 1-1 draw against Wolves at St James’ Park on Sunday because they are acting as the “eyes and ears” to owner Mike Ashley, according to Chronicle journalist Lee Ryder.

The reporter was asked in a Q&A session on the Chronicle’s website on Wednesday why PR man Bishop and advisor Barnes were on Tyneside at the weekend while Ashley’s absence continued.

Ashley has not attended a single match while Steve Bruce has been in charge and it would seem as though Bishop and Barnes were sent on Sunday to report back to the Sports Direct tycoon.

“Ashley has not been to a game this season after deciding to take a back-seat,” said Ryder

“Bishop and Barnes were there on Sunday and they are very much the eyes and ears back to Ashley on certain things.

“Lee Charnley is responsible for the day to day running of the club and leads the club’s recruitment team when presenting transfer cases to the powers that be.”

Ashley is very wise to not attend any matches this season. The anger amongst supporters towards the Newcastle owner is at an all-time high after what seemed to be debacle after debacle over the summer. Rafa Benitez’s contract was not renewed, Bruce replaced the popular Spaniard and key players like Salomon Rondon and Ayoze Perez were allowed to leave. The players that have since been brought in have so far failed to meet expectations and Newcastle do seem as though they will be in a relegation battle all season long unless Bruce conjures up some magic in the coming weeks and months. What are the chances of that happening? Almost impossible based on what we have witnessed so far. Newcastle are in trouble and the sooner Ashley sells up and leaves, the better. Every single issue that has cropped up on Tyneside during his ownership can be traced back to him in one way or another.