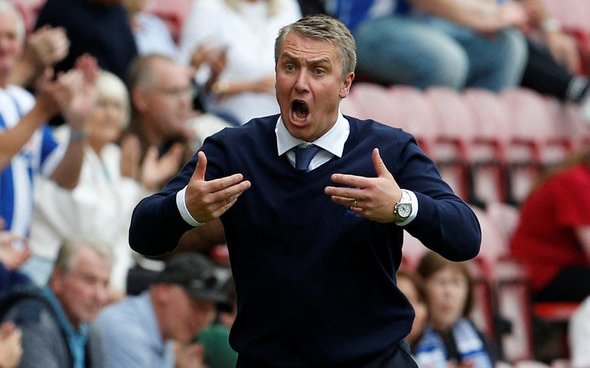 Lee Clark has predicted that Newcastle United will face a big task if they want to win back-to-back games for the first time this season by beating Chelsea on Saturday.

Newcastle went into the international break off the back of an impressive 1-0 win against Manchester United with league debutant Matty Longstaff scoring a sublime winning goal in the second half.

Ex-Magpies midfielder Clark believes that win against Man United could build some momentum for Steve Bruce’s side but is under no illusions as to how tough it will be to return from Stamford Bridge on Saturday with any points.

“Steve has responded with the rest of the players and it has given everybody something to look forward too,” Clark told Tribal Football.

“Obviously it’s a very tough fixture against Chelsea but there’s more belief after the last result.

“It’s always difficult for a new manager has come in he’s seeing new players and giving everyone a clean slate and this might be a watershed moment where everything goes back to basics.”

Newcastle may be on a high after their win against Man United but Chelsea are also in good form and Frank Lampard’s side are not one that any Toon supporter should be expecting to beat. Chelsea have been criticised quite a lot for their opening performances of the season but you get the sense that things are starting to click at Stamford Bridge now that Lampard is getting a more settled side and his tactics are starting to bed in. Tammy Abraham and Mason Mount are two players that the Magpies need to be especially aware of on Saturday. While it is expected that Bruce will set up his team to defend and try to catch Chelsea on the counter-attack, the home side will still have players who can unlock the Magpies back-line if they are on top of their game. Chelsea do have some injury and fitness concerns ahead of this game though and that could be Newcastle’s saving grace.