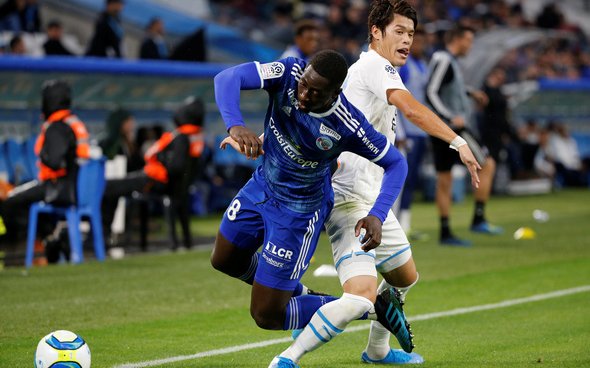 Newcastle United have discussed a deal worth £10.5million for Strasbourg midfielder Ibrahima Sissoko, according to Sky Sports journalist Keith Downie.

The reporter claimed via his personal Twitter account on Tuesday night that Newcastle have been in talks to sign the 22-year-old defensive midfielder but club sources have said that no agreement has been struck.

The Sun reported earlier on Tuesday that Newcastle were on the verge of striking a £13million agreement with Strasbourg with the view to signing Sissoko by the time the January transfer window opens.

Do Newcastle need another deep-lying midfielder? Sissoko is a good young player who is a France Under-21 international, but should Steve Bruce really be using the club’s resources to sign the 6ft 4 [transfermarkt] colossus? Sean and Matty Longstaff both play quite deep in the centre of the midfield while Ki Sung-yueng and Isaac Hayden also do. Mohamed Diame left at the end of last season so Sissoko could be seen as a replacement for him but there are other areas of this Newcastle squad that need investing in first and foremost. Bruce has a real lack of options on the wing. Miguel Almiron is not a winger yet he is stuck out on the right and is not playing well at all. Bruce could also do with an attacking midfielder to help out with creativity. Newcastle’s defence is fine. They can shut out opponents and will rarely get rolled over this season if they are keeping on top of things. Newcastle need attacking players.