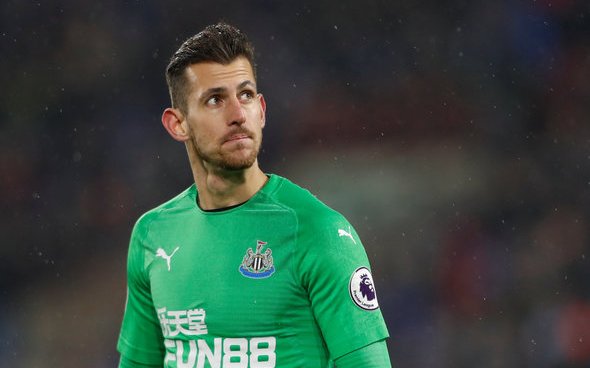 The 6’3″ Slovakian put pen to paper on a new six year contract with the Magpies on Thursday, as per the club themselves, and Harper has been quick to hail the move.

To be fair to Harper, it’s hard to argue with him on this one. Tying Dubravka down to a long term contract is fantastic business from Newcastle, who now have one of the finest goalkeepers outside of the top six for what could end up being the rest of his career. It is no fluke that former England international Paul Robinson has claimed he has transformed the Toon Army, as per Football Insider, and having him onboard will ease a lot of concerns about his future for a lot of fans. That being said, you wouldn’t put it past Mike Ashley for this all to be some kind of elaborate scheme. The longer the contract a player is signed to, the more money it takes to coax a club into selling him, and cynical supporters may well see this as Ashley’s way of ensuring he gets a pretty penny shovel he decide to cash in on the Slovakian. Only time will tell, but it’s something to consider.