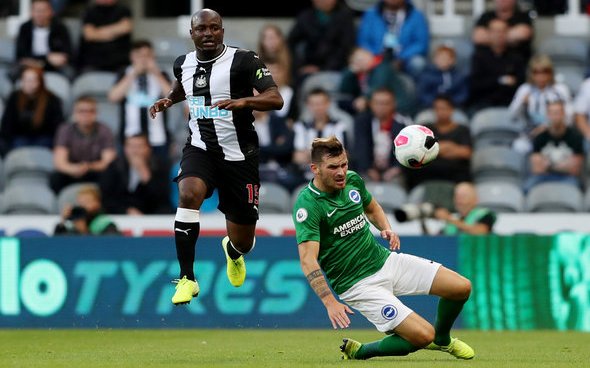 Eintracht Frankfurt are hoping to receive £9.6million for Newcastle United loanee Jetro Willems at the end of the season, according to Bild.

The German outlet claim that the Bundesliga side are hopeful of the Magpies paying that sum due to the option to buy clause in the loan deal for the Dutch international who made the move the St James’ Park in the summer.

Willems has been drafted into Steve Bruce’s side at left-wing back in the past couple of months because of an injury picked up by Scotland international, Matt Ritchie, in the Carabao Cup defeat to Leicester City.

Should Willems continue playing as is he right now as the season goes on, Newcastle will surely be ready to sign on the dotted line as soon as the final game finishes. The Dutch international struggled to make an impact early on in the campaign but has stepped up and been counted since Ritchie’s injury, and should be one of the first names on the teamsheet right now. He has played a vital role both going forward and in defence, scoring at Anfield against Liverpool, and also assisting the winning goal against Manchester United before the international break. The 25-year-old has averaged 1.8 tackles per game according to WhoScored and has only been dribbled past 0.8 times in each outing – impressive stats for a player who loves to attack. Willems has also claimed the top spot for Newcastle’s most important player in the latest Sky Sports power rankings, further highlighting his importance to the Magpies and something which will surely persuade them to complete a permanent deal once the season finishes.