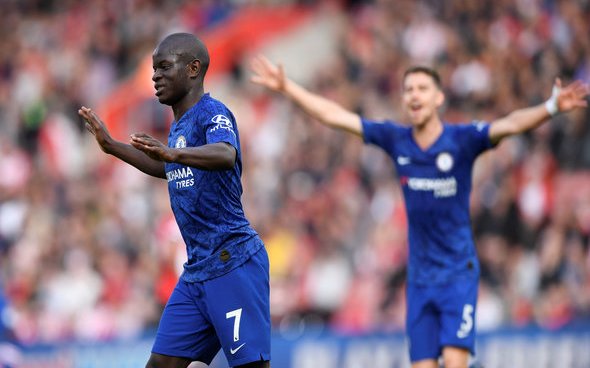 Chelsea manager Frank Lampard could be without four key players against Newcastle United on Saturday, according to the Daily Star.

The newspaper claims that the Blues boss could find himself without centre back Andreas Christensen, left back Emerson and central midfielders N’Golo Kante and Mateo Kovacic.

The four players cost the Blues a combined £87.6million, although Christensen was brought to the club as a youth player. However, Kovacic’s transfer fee this summer was a whopping £40million [Source: BBC].

This is phenomenal news for those of a Newcastle persuasion, isn’t it? Obviously Chelsea have a strong squad and can draft in plenty of quality players to replace this group, but it’s going to be difficult to fill the gaping void left by Kante. The Frenchman is absolutely superb and the class of the Premier League at his position. Kovacic isn’t quite as influential for Lampard’s side, but he has quietly impressed in recent months. As for Emerson, he appeared to have nailed down the starting spot at left back last season, but has struggled with injuries since then, which has resulted in Marcos Alonso coming back to the fore. James being fit is a bonus for the Blues, but whether he will start at right back remains to be seen. Newcastle, on the other hand, look to have an almost fully fit squad. Only Matt Ritchie is expected to miss out on Saturday, meaning that head coach Steve Bruce might be feeling quietly confident.