Elliot: I fell out of love with football 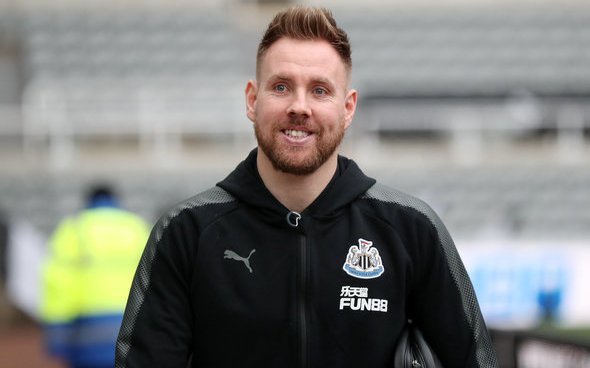 Newcastle United goalkeeper Rob Elliot has claimed that he “fell out of love” with football over the past 12 months, but has suggested that he has rediscovered his desire to play for the Toon Army.

The 6’3″ stopper has not played a game for the Magpies in the Premier League since December of 2017, and has suggested that his time out of side took its toll on his passion for the sport.

As quoted by the Shields Gazette, he said: “That’s the life of a goalie, unfortunately. I don’t have to talk about how much I love it here and I love playing for the club. To play for Newcastle is what I want to do.

“I sort of fell out of love with football in the last year or so.

To be fair to Elliot, you can completely understand how spending the best part of two years out of the first team might take its toll on his motivation levels. At the end of the day, nobody is displacing Martin Dubravka anytime soon, with the Toon goalkeeper averaging 2.8 saves per game in the Premier League so far this season, as per Whoscored. Moreover, he has made just five errors leading to goals in 58 Premier League appearances during his time in England, as per the league themselves. In addition, Elliot’s chances aren’t helped by his age. At 33, his best years are very probably behind him now, but at the very least, it’s good to hear him talk about representing the Toon Army again in such positive terms.