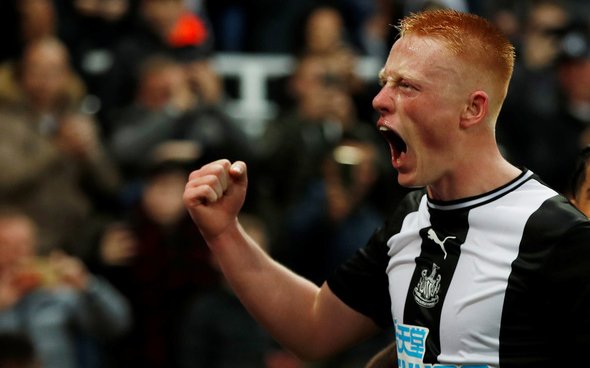 The 19-year-old came into the team at St James’ Park and rifled home the game’s only goal as the Magpies upset Ole Gunnar Solskjaer’s side. Dummett spoke to him after his success.

“So for him that was phenomenal. At same time for me looking back I probably felt the same as he would have; he said he couldn’t describe the feeling of scoring that goal, it happened so quick.”

There aren’t many players who have enjoyed as thrilling a Premier League debut as the younger Longstaff brother. For a local lad to score against Man United at St James’ Park in his league debut for his hometown club is about as good as it gets. You couldn’t have scripted a better debut for the young man. So while Dummett’s own debut wasn’t bad, it certainly wasn’t as exciting as Longstaff’s. Dummett is one of the few players in this Newcastle squad, along with fellow Geordie Andy Carroll, who can understand just how much that goalscoring moment must have meant to Longstaff. The fact that it was an absolutely terrific strike will have only made it more special for him. The task now for Dummett, Carroll and co. is to ensure that they keep Longstaff’s feet on the ground. Given how well his older brother Sean has handled his rise to prominence, that shouldn’t be too difficult a task.