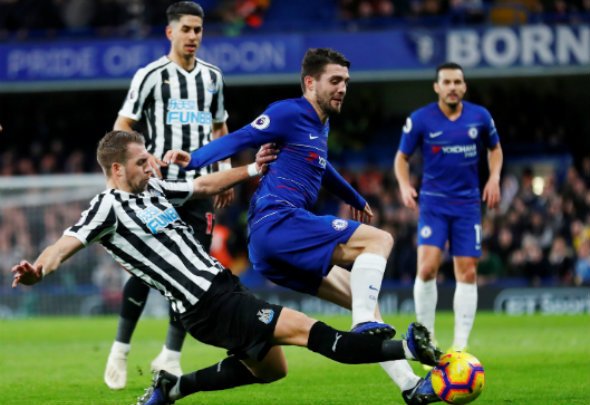 Newcastle United’s 1-0 defeat to Chelsea on Saturday was a sobering return to reality for the Toon Army.

Flying high off the back of a stunning win over Manchester United prior to the international break, the Magpies faltered and stuttered their way through a clash at Stamford Bridge that saw them create very little in the way of goalscoring opportunities.

At the other end of the field, however, there were reasons to be optimistic.

Martin Dubravka put in a solid display, and on the whole, Steve Bruce’s men looked a lot more stable than they did in the 5-0 pummelling at the hands of Leicester City a few weeks ago.

And a surprising revelation was the performance of Ciaran Clark.

With three tackles and six clearances, as per Whoscored, the 32 cap Republic of Ireland international put in a solid shift in just his second Premier League appearance of the season.

In fact, Clark was so good that he drew high praise from Sky Sports pundit Darren Bent.

Speaking to Football Insider, he said: “They’re passionate fans up there and they won’t expect anything less than 100% and Ciaran knows that, he will fight tooth and nail for that football club and as I said he’ll take shots to the face, put his body in the way, he’ll just do anything to stop the ball going in the net.”

And while his form is a plus for the Magpies, it could spell bad news for Florian Lejeune.

The £38,000-a-week Frenchman [Spotrac] is expected to return from injury in the relatively near future, but his path to a starting spot has no doubt been obscured somewhat by Clark sudden upturn in output.

There are worse headaches for Steve Bruce to have, of course, but Lejeune will no doubt eager to prove his worth after such a long spell on the sidelines.