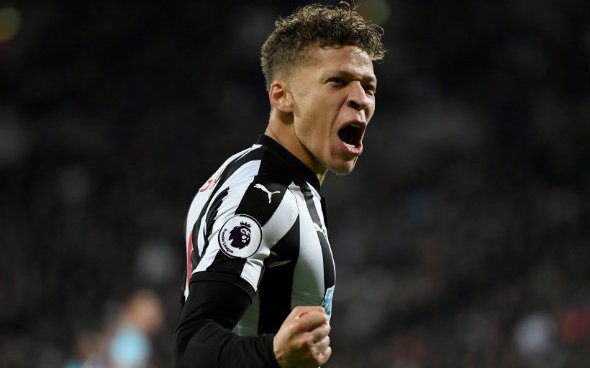 Newcastle United have had many different problems this season, but one of the most glaring has been a lack of support for their centre forward.

Generally that has been club record signing Joelinton. However, Magpies head coach Steve Bruce must ruthlessly axe the 23-year-old and go with an experimental two-man frontline against Chelsea on Saturday.

If Newcastle are going to get anything from this game then they’ll need to be defensively solid, but they’ll also have to be capable of threatening the home goal at Stamford Bridge. You can’t rely on wonder goals from teenager Matty Longstaff every week.

With that said, Bruce has to throw both Andy Carroll and Dwight Gayle into the fray from the get-go on Saturday in an unorthodox attacking combination.

The Chronicle reported on Friday that both men are at full fitness having trained all week, and while it would be a risk to start two men with recent injury issues, the reward of a shock victory could make it worth it. Plus, with the Newcastle attack having looked so vanilla – to be polite – this season, what does Bruce have to lose?

If we know anything about Gayle it’s that he’s a good finisher. As per WhoScored.com, during an immensely profitable loan spell with Championship side West Bromwich Albion last season, the Englishman scored 24 times in 34 games, averaging 2.4 shots per game and a 7.11 WhoScored rating.

Yes, he’s never matched that sort of tally at Premier League level, but he’s also never had a strike partner in a black and white shirt. Carroll could be the perfect foil, holding the ball up and engineering opportunities for Gayle to showcase his outstanding finishing abilities.

WhoScored list some of Carroll’s strengths as ‘set piece threat’, ‘likes to play long balls’, ‘likes to do flick ons’ and ‘plays the ball off the ground often’. That sounds like someone who could bring the best out of Gayle, no?

With that said, Bruce must give Chelsea both barrels and start this dynamic attacking duo on Saturday.