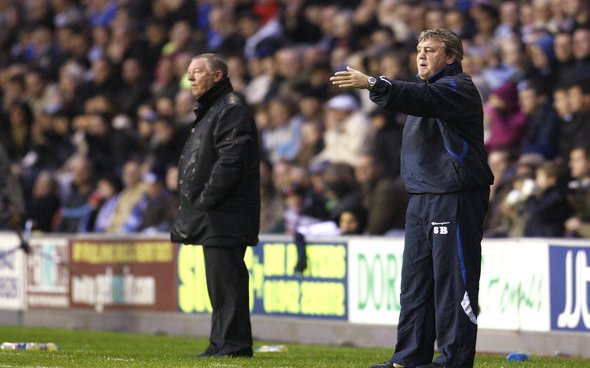 Newcastle United head coach Steve Bruce has revealed that he is in regular contact with his former Manchester United manager Sir Alex Ferguson.

The Magpies boss has struggled to win over the uninspired masses on Tyneside since his appointment this summer, but he is seeking the advice of a managerial legend to try and do so.

“I spoke to him a couple of times,” he said, as per The Chronicle. “I always ring him for a bit of advice now and then. I saw him on Monday night at Old Trafford.

“He’s been terrific since – not just for me but for any other manager, too. If there’s ever a time where you need a bit of advice then he’s always there to help you. He’s great like that.”

Well, if Bruce is getting advice from any manager then Sir Alex is the one you want him listening to. The fiery Scot has been a thorn in the Newcastle supporters’ sides over the years, but there’s no doubt that he is one of the finest managers world football has ever seen. However, he’s seemingly had little positive effect on Bruce’s dealings at St James’ Park thus far. The Geordie has emphatically failed to get this Magpies side up to scratch so far this season, and he’s appeared to be clueless in the dugout at times. That was very much the case on Sunday when his side were thumped 5-0 by Leicester City. You wonder what Ferguson had to say to him on Monday after that horror show. Hopefully he was able to impart some valuable advice that will help Bruce do better against the Red Devils on Sunday. But, given Sir Alex’s affiliation with the Old Trafford side, it’s just as likely that he tried to sabotage his former pupil’s plans!