Bent bang on with Ritchie verdict 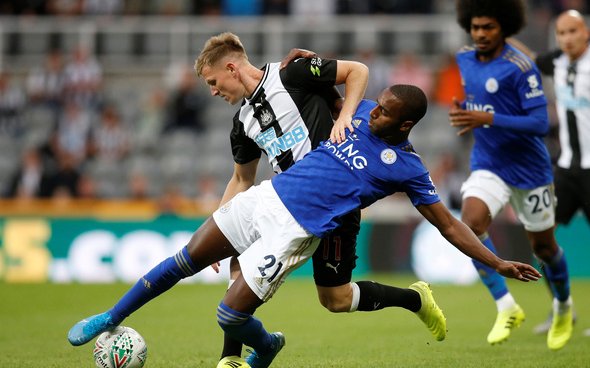 Newcastle United have done OK with injuries so far this season. Yes, Andy Carroll has inevitably had his issues, while Fabian Schar’s current problem is a setback. However, generally they’ve been alright.

The one big exception to that, of course, is Magpies utility man Matt Ritchie, who has been out since being on the wrong end of a horror challenge from Leicester City midfielder Hamza Choudhury in the back end of September.

He’s been a colossal miss for a Newcastle team that isn’t talented enough to succeed without one of their most naturally gifted players who is also one of their hardest workers.

Former England international and Sky Sports pundit Darren Bent clearly feels the same: “He’s been there a while, he’s a good player, a good, good player, good leader, good experience so to have him back there, just someone to play, give heart and soul for that football club. It’s somebody they need back, do you know what I mean?,” he told Football Insider.

Bent is absolutely right to rave over Ritchie and his immense value to this Newcastle team. He is a big deal as far as head coach Steve Bruce is concerned, make no mistake about it.

The former Bournemouth man’s enthusiasm is infectious, while his versatility is vital to a side that will inevitably be battling against relegation this campaign.

The 30-year-old can operate at left wing back, as he did before his injury, as well as in central midfield, out on the right wing and on the left. With January signing Miguel Almiron continuing to play horrendously, Ritchie may well soon take a starting spot from the Paraguayan.

The statistics tell us just how valuable Ritchie is to Newcastle on both ends of the pitch. As per WhoScored.com, the Scot was averaging two tackles and 1.7 interceptions per game in the early goings this season. Meanwhile, he also averaged a shot and 2.3 key passes an outing, with 1.7 crosses and one long ball thrown in for good measure.

With that said, the Newcastle fans should be just as eager for Ritchie to return as Bent clearly is.