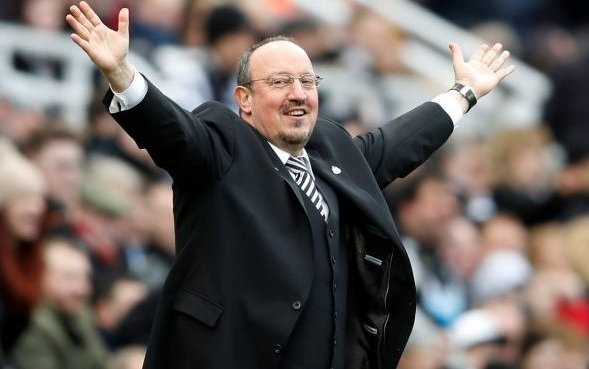 Rafa Benitez has revealed that he turned down an approach from Steven Gerrard’s Rangers for Sean Longstaff while he was Newcastle United manager.

The 21-year-old midfielder has established listed himself as a key member of the Magpies’ starting lineup since making his Premier League debut last December, but Benitez has claimed that he had to fend off interest from Ibrox prior to giving him his big break.

Writing in a column for The Athletic, he said: “In fact, in the summer of last year, Stevie called me about Sean Longstaff.

“Rangers were interested and he asked whether they could sign him on loan, but I told him “no” — he’d be staying at Newcastle United.

“Some people have said, “Oh, Rafa was lucky because of Longstaff” but we’d been watching him and we were happy with him, we played him in the first-team, supported him and gave him confidence. Turning Rangers down is proof of what we thought of Sean.”

Full credit to Rafa, this clearly shows that he always had big plans for Longstaff. The midfielder has been a revelation for the Toon Army in recent times, but a lesser manager, or at least one without the same level of meticulous patience as Benitez, might have sent the 21-year-old out on loan, or worse yet, sold him permanently. So far this season he has averaged 1.5 key passes per game in the Premier League, 1.7 long balls, and 1.8 tackles in the centre of midfield, as per Whoscored. This could be a big, big year for the youngster, and the Magpies look much better for having him in the side. Looks like they have Rafa to thank for that.