Newcastle fans didn’t have much to cheer about against Brighton as their side only managed a 0-0 draw with Graham Potter’s side, but a number of Magpies supporters found one reason to be happy at least. That reason came courtesy of defender Fabian Schar who delivered a performance worthy of Newcastle fans raving about him. The 27-year-old notably made a vital goal-line clearance to deny Brighton a win on Saturday, and did look comfortable whenever called upon. One Newcastle fan shared their appreciation for the defender by suggesting they wanted a team of Schars, while another revealed they thought the centre-back was the only real footballer at the club. Ahead of the clash with Brighton, Schar had featured five times in the Premier League this season and has achieved a decent rating of 7.48 for his efforts on WhoScored. The centre-back has not only done his part defensively by averaging two tackles and three interceptions per game, but the defender has also been useful going forward as he has contributed a goal already this season. 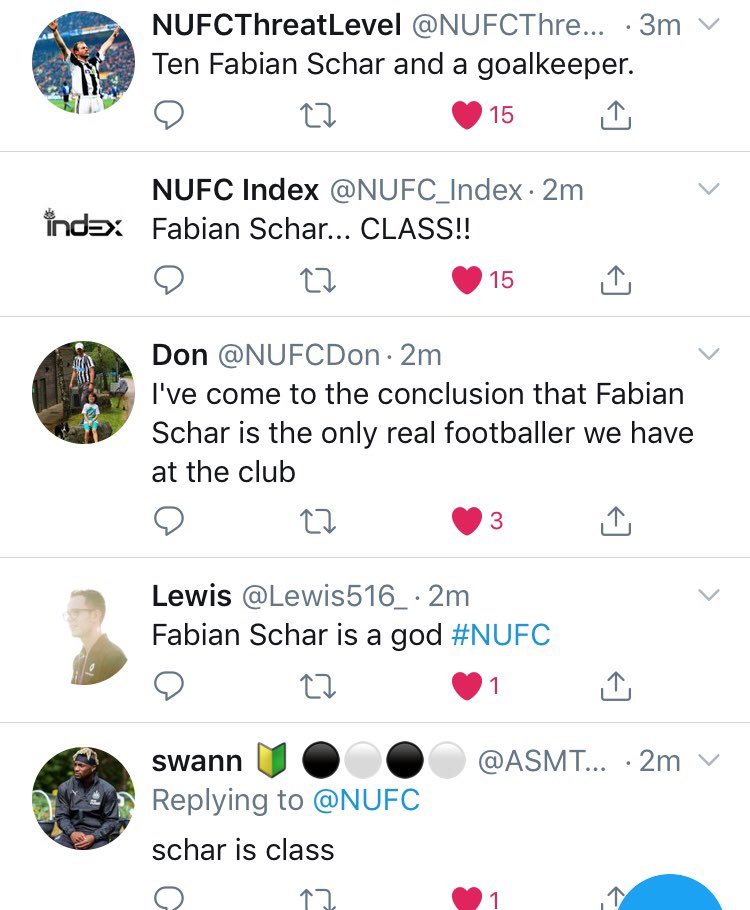 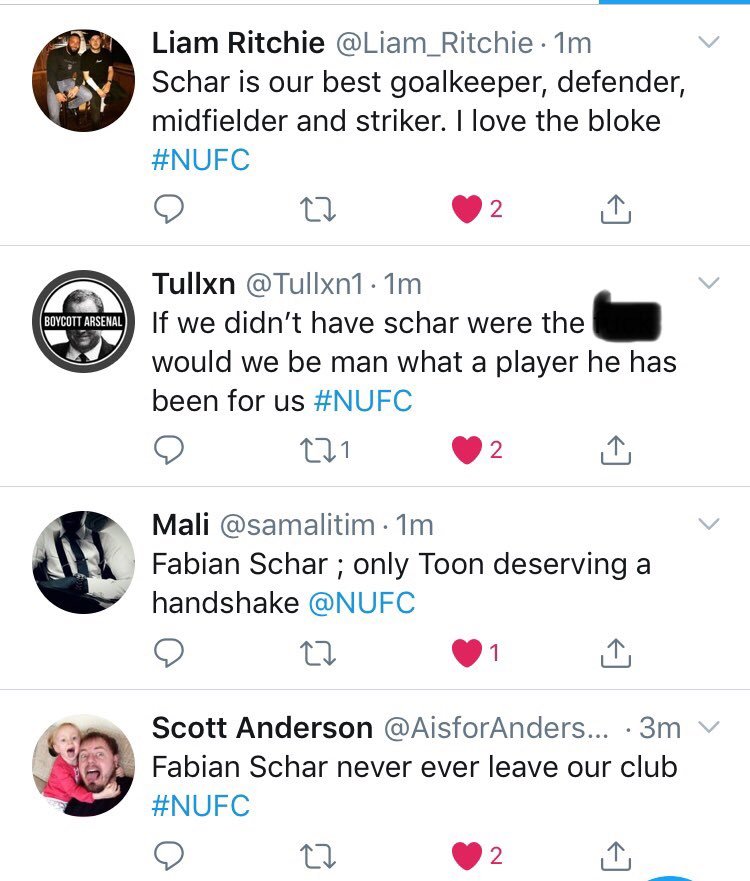