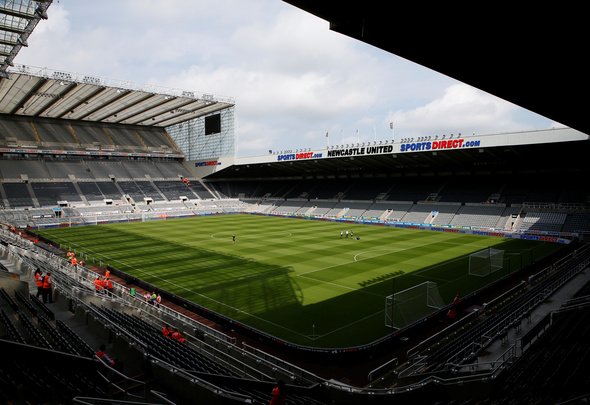 Georgie Bingham and Tony Cascarino discussed Newcastle United’s low attendance for their home game with Watford on Saturday, and Bingham was spot-on with her verdict.

The Chronicle reported on Saturday evening that only 44,157 fans attended the Magpies’ 1-1 draw with Watford and that this was the lowest attendance at St James Park for a Premier League game since December 2012.

Cascarino started the debate on the Magpies’ home attendance on Saturday by pointing out thousands of fans had shown their discontent by not attending and Bingham replied to praise supporters.

“That’s good though because (Cascarino said it was great) those fans voting with their feet is only the way they’re going to get anything,” said Bingham on talkSPORT (7:39am, Sunday, September 1st).

“They love Newcastle so much and it’s difficult for Newcastle fans to do that.”

Bingham is spot-on to claim that the only way Newcastle fans have any chance of ousting Magpies owner Mike Ashley from the club or at the very least make him aware of how unhappy they are is by not attending games.

By not attending games it provides a visible example of their frustration, i.e empty seats at St James Park,  and hits him in the pocket as the club aren’t making as much money from ticket sales.

Cascarino then shared his concern about the negative effect of fans not attending games in their droves as he pointed out how the players need them.

“Well okay okay, but I’ll give you a player’s perspective, there’s nothing better than playing in a full stadium as it drives you,” explained Cascarino.

“And having the fans chanting from the Gallowgate End (Georgie admitted it’s not fair on the players), it drives a team, you need fans.

“Sometimes fans can lift the team and teams can lift fans, vice-versa, so you need that.”

Bingham then countered Cascarino’s concern by pointing out how a toxic atmosphere can be counter-productive, so with that in mind she cancels out the pundit’s issue with fans boycotting.

After all, if a supporter is discontent enough not to attend games, then they’re probably not going to be the type of fan who doesn’t contribute to a potentially toxic atmosphere so it’s better they stay away, then inadvertently take their frustrations over Ashley out on the players.

While Newcastle’s squad would likely benefit from fans rooting them on, they just, unfortunately, have to be collateral damage.

All a boycotting Newcastle fan can hope is that not attending games sees Ashley react in the right way sooner rather later so that their team won’t have to cope without them for too long.