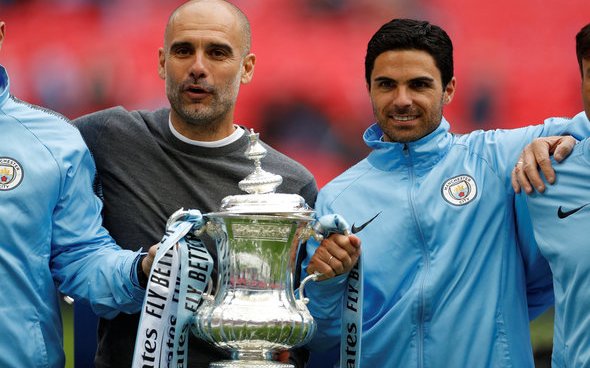 Mikel Arteta was in “reasonably advanced” talks with Newcastle United over the vacant manager’s job at St. James’ Park this summer, according to journalist Chris Waugh.

It is understood that the 37-year-old Manchester City assistant manager was approached following Rafa Benitez’s departure, and was “considering” the role before it was eventually given to Steve Bruce.

Speaking on the Newcastle Fans TV podcast, Waugh said: “The same with Mikel Arteta, the assistant manager at Man City.

“I think talks got reasonably advanced with Arteta’s people and I think there was a stage where he was considering it, but it never got to the stage where it was imminent and he was going to be appointed.”

This is really interesting from Waugh for a couple of reasons. Firstly, it suggests that the Toon Army were looking to recruit a young, continental manager who has come from a footballing school vastly departed from the defensive philosophy of Rafa Benitez. The fact that Arteta has no prior experience of a full manager’s job would also seem to suggest that the Magpies were willing to take a sizeable gamble on their appointment. All of that is interesting enough, but when you then consider that they ended up appointing Steve Bruce, the archetypal meat and two veg British manager who literally supported the club as a boy, you have to wonder what the thinking was behind turning to him after missing out on Arteta. It also makes you wonder if there was any cohesive logic behind the search process, or if it was more akin to chucking a dart at a map. Where Mike Ashley’s concerned, it wouldn’t surprise you at all.