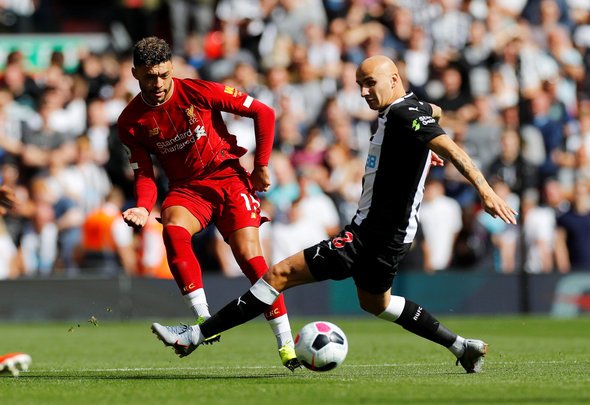 Newcastle United midfielder Jonjo Shelvey was given a warm round of applause by the home fans at Anfield on Saturday, according to the Liverpool Echo.

The newspaper claims that the England international was saluted by his former team’s supporters during the Magpies’ 3-1 defeat to Jurgen Klopp’s side.

Shelvey went over to take a corner at the Kop end during the second half of the game and was given a warm clap by the home fans. The 27-year-old is said to have responded in kind.

It’s nice of the Liverpool supporters to show their respect to Shelvey for what he achieved while he was at the club. He’s never going to go down as a Reds legend, but he worked hard for them and had some good games. Whether the Newcastle fans will appreciate one of their players giving the Liverpool fans a clap mid-game is a different matter, but it’s good to see a healthy bit of respect between supporters and an opposition player. Shelvey didn’t have the best of games for the Magpies, ultimately. He was outmatched by the quality Liverpool midfield and, despite trying hard, couldn’t really assert any influence on the contest. The Englishman is going to be leaned on to cover for the injured Sean Longstaff for as long as he is sidelined, so he’s going to have to produce a much better outing against Brighton & Hove Albion in what is shaping up to be a vital clash at St James’ Park. Given Shelvey’s polarising status amongst the Toon Army, it’s uncertain if he’ll get as a good a reception from the home fans next weekend as he did on Saturday!