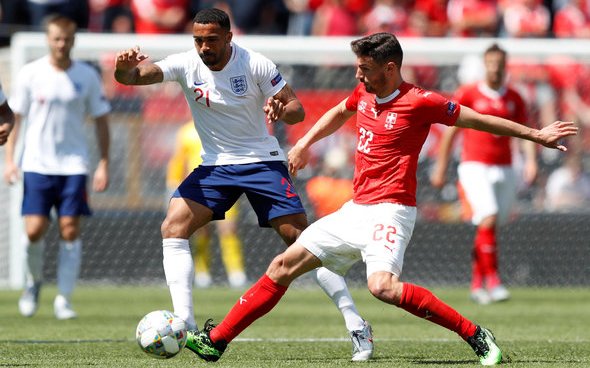 Newcastle United centre back Fabian Schar’s performances for Switzerland over the international break have likely given Magpies boss Steve Bruce food for thought, according to The Chronicle.

The newspaper claims that the fact that the 27-year-old was playing at the centre of a back three for his country will have caught the head coach’s attention.

The former Deportivo man typically operates on the right hand side of a central defensive trio for his club, with captain Jamaal Lascelles in the centre.

However, Schar’s stunning Swiss displays could potentially lead to a position switch for him sometime in the future.

This is an interesting little tid-bit from The Chronicle. It was curious to see Schar line up in the centre of a back three for Switzerland, because we have been so used to him producing outstanding performances on the right hand side of a three for Newcastle. However, that’s obviously how his international manager wanted to use him, and it clearly worked out pretty well for the Swiss over the course of the international break. The fantastic goal scored by Schar against the Republic of Ireland shows that he can still take the ball forward and drive at the opposition from the centre of the defence as he does from the right. He’s a versatile player, and Bruce will have taken notice of his success in the centre. However, you’d think that the Magpies boss will stick with his current defensive configuration until he has a real reason not to. Schar is producing quality displays on the right and so he will probably stay there for the time being.