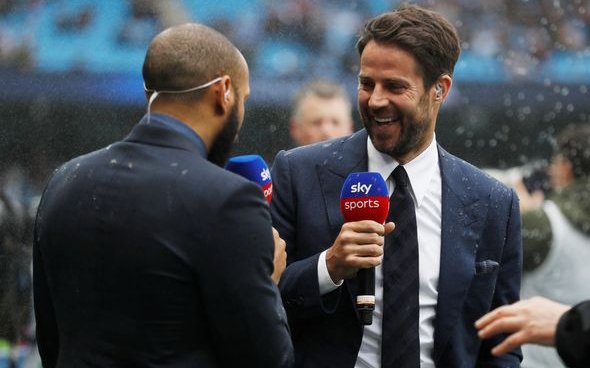 Jamie Redknapp has blasted Newcastle United forward Miguel Almiron for his lack of impact since arriving at St James’ Park in January.

The Sky Sports pundit singled out the Paraguayan international as someone who hasn’t produced when his side have needed him the most in the past year.

Almiron is yet to score or assist a single goal for the Magpies since signing from Atlanta for a then club-record fee and has led the line alongside Joelinton in the opening month of the Premier League.

“He hasn’t done enough,” he said on Sky Sports before the game with Brighton on Saturday evening.

“When you’ve signed a player that is a, what you would say, a number ten or a wide-man to produce a bit of magic, he needs to do more.”

Almiron hasn’t exactly had the impact that Newcastle were most likely hoping he would have when arriving in the North East last season. The Paraguayan has been pushed further forward by Steve Bruce in this campaign, a role which replicates where he played and succeeded in for Atlanta before his move, but that has yet to pay dividends for the new boss. The 25-year-old has shown flashes of danger in the final third but his final ball or shot simply isn’t enough to cause significant problems for opposing sides. Almiron has only averaged 1.2 shots on goal per game according to WhoScored so far and doesn’t look like opening his account for the club any time soon. Magpies’ fans may be hoping that he could drop deeper and help create chances, but his average of 0.4 key passes per outing also highlights how he could struggle in that position too. Redknapp is right to ask for more from the South American, who simply hasn’t delivered like he should have since arriving from the MLS.