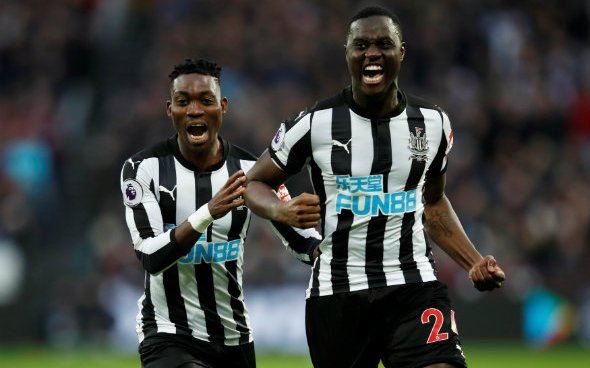 Newcastle United must find a way to offload Henri Saivet now that transfer windows across the UK and Europe have slammed shut with the 28-year-old failing to find a new club.

Most Newcastle fans would have forgotten that the Senegal international is still at the club after spending three loan spells away from St James’ Park in the last three years where he has played for Saint-Etienne, Sivasspor and most recently Bursaspor.

He played 29 times across all competitions for Bursaspor last season and did not really have a great impact at the Turkish club.

According to stats by WhoScored, he completed just 79.2 per cent of his passes in the league and for an attacking midfielder, he averaged fewer shots at goal per match than what Sean Longstaff managed for the Magpies last season.

Since returning to Newcastle, Saivet has failed to impress Steve Bruce and has now been left frozen out after being overlooked for a place in the Premier League squad.

Chronicle journalist Mark Douglas did a Q&A session on the newspaper’s website on Wednesday [02:30pm] and was asked whether Newcastle would consider terminating the contract of Saivet and Jack Colback after they failed to secure transfers away from St James’ Park in the summer.

Douglas is not convinced that would happen to Colback, but he certainly suggests that it is something that is on the cards for Saivet.

“Saivet is a different story,” he said. “He’s another on big money with a contract until 2021 and might just be the most expensive mistake of recent times at St James’ Park.

“Bruce is the third manager who has taken a look and decided he’s not for him so who knows, United might try and come to an agreement.”

If Saivet has just under two years to run on his reportedly “big money” contract, then Newcastle need to come to an agreement to terminate his deal.

It will be mutually beneficial.

Mike Ashley can save money by not paying the wages for a Newcastle player who’s made just eight first-team appearances in three and a half years at St James’ Park while Saivet will have the chance to get his name out there as a free agent and potentially secure a new club for himself.

Douglas says that Saivet is one of the most expensive mistakes that the Magpies have made in recent years but it could become an even more expensive one if they do not get rid of him as soon as possible.

As long as Saivet stays at the club, Ashley is flushing money down the toilet.