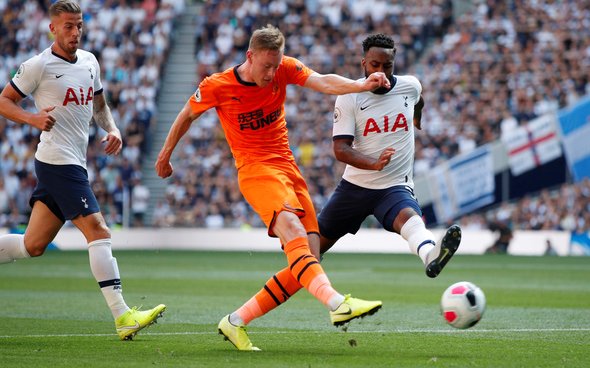 Newcastle United battled hard on Saturday, but were ultimately outclassed and left battered and bruised by Liverpool at Anfield.

The Reds eventually eased to a 3-1 victory over Steve Bruce’s side, despite falling behind to Jetro Willems’ early goal, and the head coach must consider this another blow to his plans to revitalise the Magpies.

However, the Toon Army may have found the silver lining with Daily Mail journalist Craig Hope’s update on injured Newcastle starlet Sean Longstaff.

“Sean Longstaff’s ankle injury (suffered in training on Thursday) is not too severe,” he wrote on his personal Twitter account. “Still awaiting full prognosis but a chance he could be involved next weekend.”

That is tremendous news for the north east giants. You could see that Longstaff was missed on Saturday, as Bruce’s side struggled to cope with the power of the Reds midfield.

Longstaff hasn’t been quite as good this campaign as he was when he first broke through last term around the turn of the year, but he is still only 21 years of age and is someone who is absolutely crucial to what Bruce is trying to do.

It was bit of a bombshell earlier this week when Bruce revealed that Longstaff had suffered a ‘freak injury’ in training. There was never really a sense that there was much of an insight into just how serious the setback was, so Hope’s assertion that it’s ‘not too severe’ is just what the doctor ordered on Tyneside.

Obviously the medical team at St James’ Park are still securing a final prognosis, but if Longstaff does make it back into the squad to face Brighton & Hove Albion next time out then it will be a big boost for Bruce’s team. 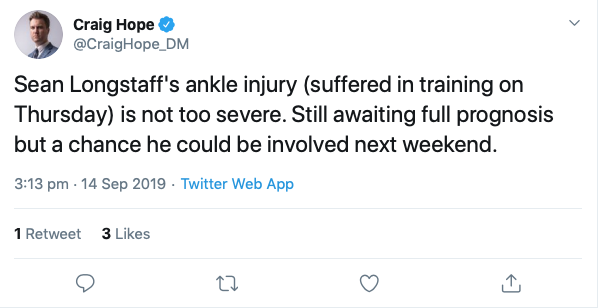