Newcastle United goalkeeper Martin Dubravka didn’t quite cover himself in glory in his team’s 3-1 defeat to European champions Liverpool at Anfield on Saturday. It’s immensely difficult for any team to go and get something at Anfield, and so you can’t afford for your usually top class ‘keeper to make a crucial error as Dubravka did on Merseyside. It was the second goal that really let the Slovakian international down, as the ball was played through for Reds forward Sadio Mane but well within range for Dubravka to come out and claim it. Unfortunately, the Magpies shot-stopper somehow let the ball squirm under his body and through for the Senegal star to calmly slot into the back of the net. Mohamed Salah put the game beyond Newcastle’s reach in the second half, but it was the mistake by their goalkeeper that really ruined their chances on Saturday. Look, Dubravka is an excellent ‘keeper, really terrific. However, he does have the odd clanger in him. We saw it last season at times, and now we’ve seen it again at Anfield. It’s a shame, because it’s done the Magpies in, here. 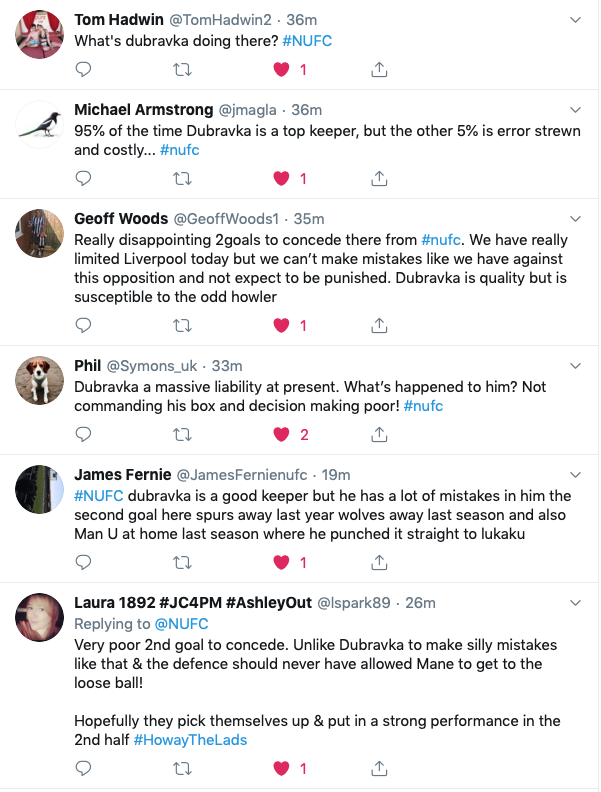 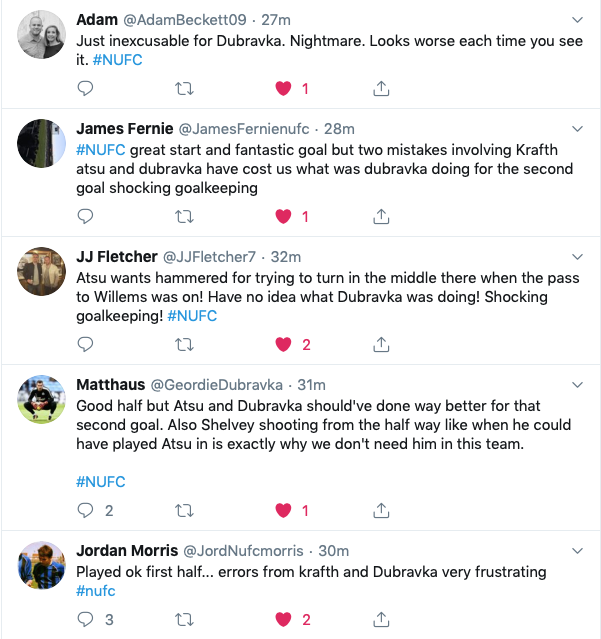