There doesn’t seem to be a prolonged period of time where Mike Ashley is not in the spotlight with Newcastle United, and Sunday was no different. Chief Executive of chemicals company INEOS, Bob Ratcliffe confirmed to BBC Radio 5 Live, as quoted by the Daily Mail, that they had considered launching an offer to take over the Magpies but eventually decided the cost was too much. This was after the Chronicle had confirmed that Ashley still had the club placed on the market in the hope to sell. INEOS eventually completed the takeover of French club Nice in the end, with Britain’s richest man deciding against investing in a Premier League side. Newcastle fans must have seen this as a missed opportunity, but when they step back and evaluate, they will see they could have dodged a bullet. They have spent many years being run by a businessman who puts himself first, and what they need right now is someone to come in and splash the cash on everything from their facilities to the squad. Many Newcastle fans did take to Twitter to simply rubbish the reports, with the majority clearly fed up with just another takeover story that came to a dead end.

NothingButNewcastle picked out the best reactions below: 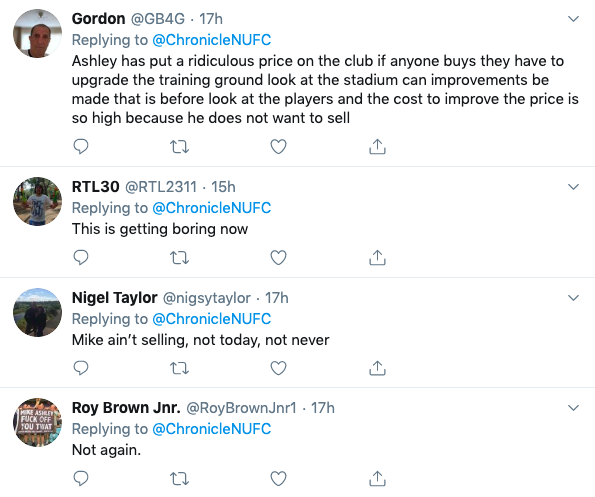 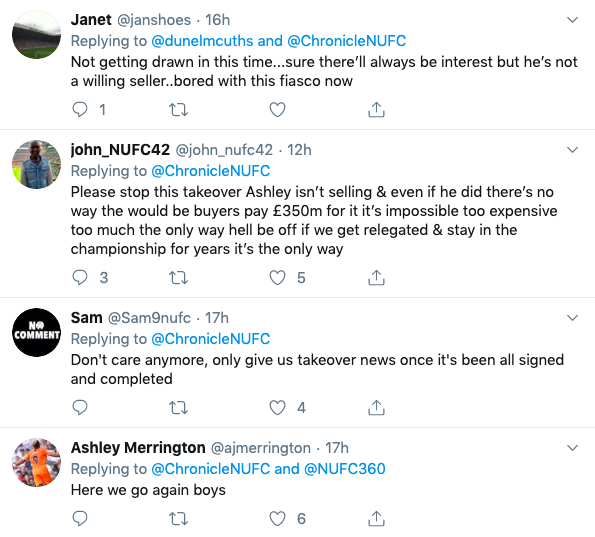 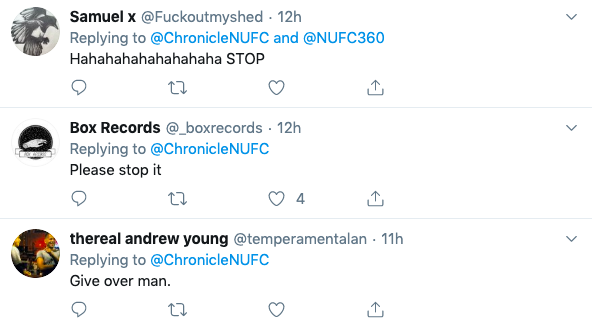