Mike Ashley still wants to sell Newcastle United despite “whispers” that he has taken the club off the market, according to the Chronicle, but it’s a case of ‘been there, done that’ for many Newcastle supporters on Twitter, who are understandably fed up of hearing about Ashley’s stance on a potential takeover. One fan has even cleverly called it a “fakeover”, based on how many times there has been the possibility of a new owner replacing Ashley in the boardroom, only for a deal to collapse or fail to materialise due to the Sports Direct tycoon’s seemingly unreasonable demands. It is easy to be sympathetic towards these supporters who just want to see Newcastle United owned by someone who has the best interests of the club and it’s fans close to their heart. Ashley is using the club to make money like a business. While that is fine in some respects, the way that he is happy to settle for the mediocrity he has bought onto St James’ Park is quite simply horrific. 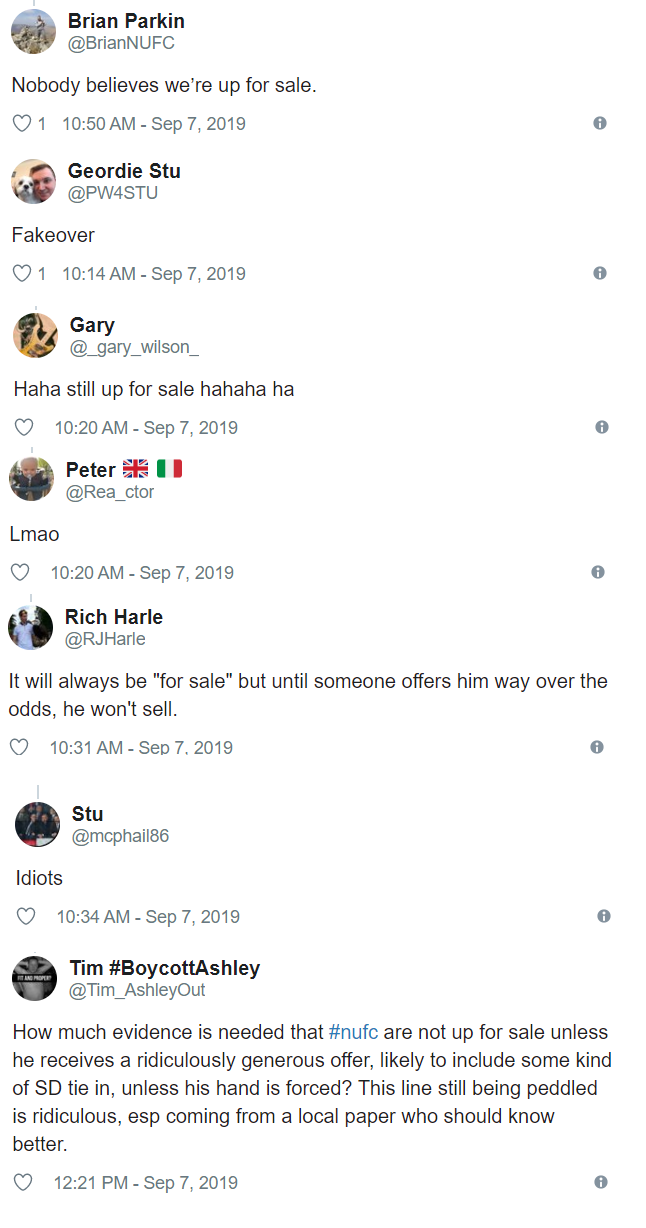