Newcastle United centre back Fabian Schar wasn’t great against Leicester City on Sunday, make no mistake about that. However, he was one of the only not horrendous things about the Magpies in their 5-0 defeat to Leicester City at the King Power Stadium. You can’t praise the Switzerland international except in comparison to the rest of his teammates, because he was actually very poor himself. He’s a decent player, though, so you can see why some Newcastle fans are suggesting that he will be off come the January transfer window. This was an absolute horror show from Steve Bruce’s side, and questions will be being vociferously asked of the Magpies boss in the days after this game. Schar did have some decent moments, and he did attempt to get things going offensively prior to midfielder Isaac Hayden being sent off. But Bruce’s tactical switch to a four-man backline exposed both Schar and captain Jamaal Lascelles alongside him. This was awful from Newcastle, and the only thing you can say about Schar is that he wasn’t the worst offender. 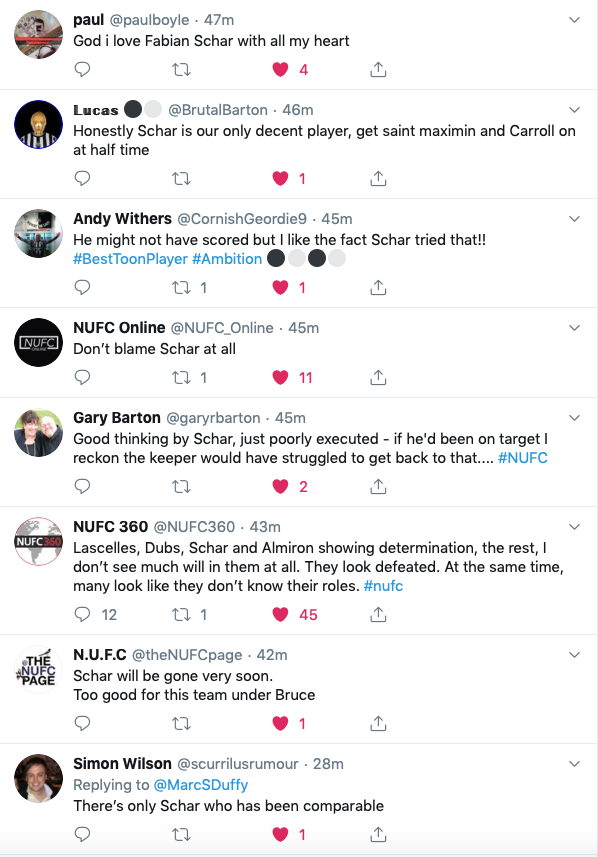 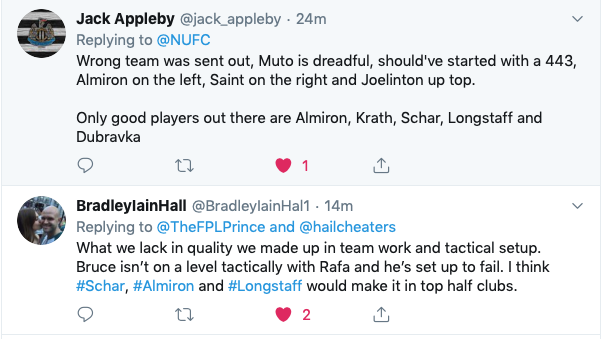