Newcastle can not lose Dubravka 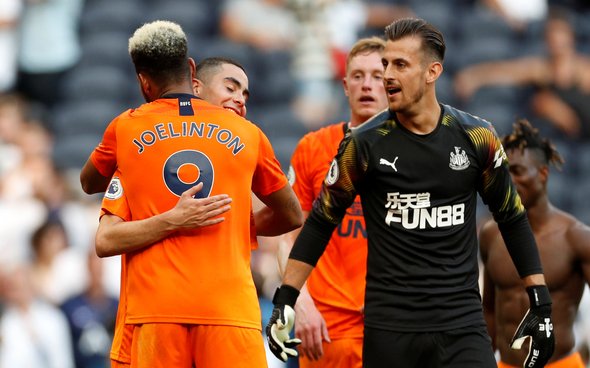 Newcastle United goalkeeper Martin Dubravka has been an ever-present since joining the club at the beginning of last season.

The Slovakian international kept 11 clean-sheets last season, the most Newcastle have managed in the top-flight since 2012 when they finished with 15 [Premier League].

Dubravka reinforced his importance to the team against Watford on Saturday in the 1-1 draw, making countless saves at St James’ Park, none better than his tip around the post from Isaac Success’ header in the second half.

The 30-year-old’s impressive year in the North East has led to interest from elsewhere, with European giants Paris Saint Germain being reported by Kicker to have been considering a move for the experienced stopper.

Sky Sports are now reporting on their live blog (02/09 10:37 am) that the French club are closing in on a loan move for Real Madrid keeper Keylor Navas – something that will no doubt see their interest in Dubravka come to an end.

Dubravka has kept a single clean sheet this season and has averaged 2.5 saves per game according to WhoScored, with opposition sides averaging 13.3 shots on goal in each outing so far.

Newcastle and Steve Bruce will be relieved but they cannot rest easy until the transfer window slams shut on Monday evening, with anything possible on deadline day.

The Shields Gazette have released a report with eight players that could possibly leave the Magpies on Monday, and Dubravka was included on the list.

The newspaper claimed on their website that a number of Italian clubs have been interested in the keeper in the transfer window and that it would take a mega-bid to tempt Newcastle.

Even if a big-money offer came in for the 30-year-old, Bruce must immediately reject the offer for his main keeper, with his importance to the team impossible to ignore after his first season at St James’ Park.