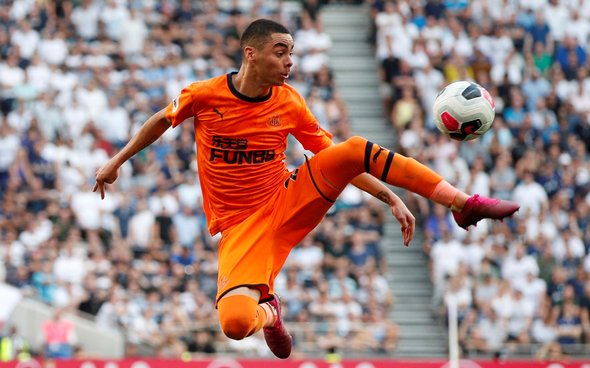 Newcastle United could bring Liverpool’s winning run to a halt at Anfield on Saturday if Steve Bruce opts to axe Miguel Almiron from his starting line-up.

Almiron, 25, has been a mainstay of the Newcastle side since joining from Atlanta United in January and has played every minute of all four Premier League fixtures so far this term.

However the Paraguay international, who scored his first goal for his country this week, is in a woeful run of form and it is about time that Bruce takes the bold decision to drop him to the bench in order to name Jonjo Shelvey in the starting line-up.

According to stats by WhoScored, Almiron has averaged fewer dribbles per league game this season [1.3] than the likes of Shelvey [1.5] and Christian Atsu [2.5].

Almiron is also not creating anywhere near enough opportunities in the attack with just 0.5 key passes per match in his opening four appearances. Atsu [3], Matt Ritchie [2.3], Shelvey [1.5] and even defensive midfielder Isaac Hayden [0.8] have averaged more.

It may also be a good time to rest Almiron and see what sort of impact he can make off the bench because he is certainly a very pacey attacker with quick feet.

Later in the game against Liverpool, an impact player could help make all the difference for Newcastle as they aim to pick up their first league victory at Anfield since 1994. 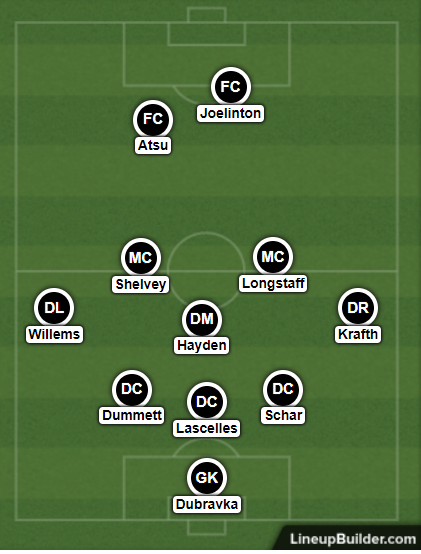 After winning four points in the league two matches and moving up to 14th in the Premier League standings, it would probably be a good idea to remain unchanged everywhere else in the squad.

Hayden, Sean Longstaff and Shelvey should be named to pack the midfield with the aim of stifling Liverpool’s forward momentum and springing Newcastle’s counter-attacks.

Atsu has been in fine form lately and should be one of the first names on the team sheet this week.

He should start in the attack in support of striker Joelinton.

It will be a tough ask for Newcastle to get anything out of their trip to Liverpool but this team, with perhaps the impact of Almiron off the bench later on, could be one that returns to the North-East on Saturday night with something to show for their visit to Merseyside.