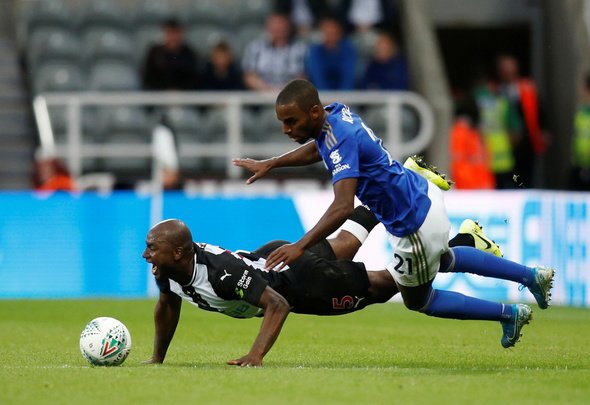 Newcastle United attempted to sign defender Jetro Willems twice before finally securing his signature in the summer, according to the Chronicle.

The newspaper claim on their website that the Magpies first tried to secure a deal for the Holland international in 2015, before an injury put an end to negotiations.

The Chronicle report that Willems knew of Newcastle’s interest as early as January this year, but failed to complete a move until August.

Willems is the youngest-ever player to feature in the European Championships for his country and is set for a key role at Newcastle after it was confirmed that Matt Ritchie will be out of action for two months [Sky Sports].

After many years of injury torment, Willems must be thrilled to finally have a shot at consistent first-team football at Newcastle. The 25-year-old did manage to make 23 appearances for Frankfurt last season, but 16 of those were limited opportunities off the bench due to setbacks. The Dutchman’s ability to get forward has proved a valuable asset in games against both Leicester City and Watford in the past couple of weeks, as he set up the equaliser in the Carabao Cup game against the Foxes at St James’ Park. Willems has averaged two tackles per game this season in his two league appearances [WhoScored] and has looked solid after his nervy introduction off the bench against Arsenal. The Dutch international has also pushed forward when needed, averaging a single shot and key pass every couple of games, as well as completing one dribble per appearance [WhoScored]. Willems now has the opportunity to keep his spot for the rest of the season, nevermind just two months, with Ritchie surely set for disappointment should his fellow wing-back excel in his absence.