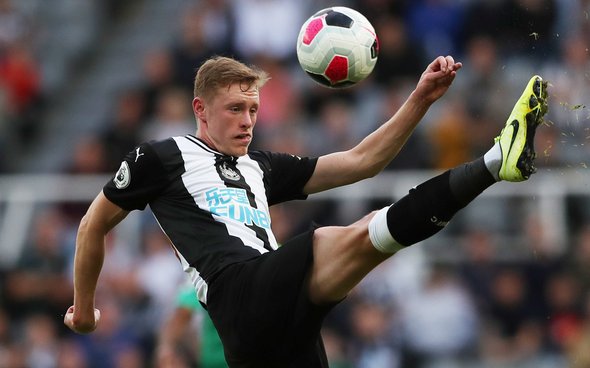 The 21-year-old has become a vital piece of the puzzle at St James’ Park since breaking into the team around the turn of the year. However, his breakthrough season last time out was ended early by injury.

Now it appears his sophomore campaign has taken a hit, as well: “#nufc will be without Sean Longstaff due to an ankle injury suffered in training,” journalist Lee Ryder wrote on his personal Twitter account on Friday.

“Steve Bruce describes the blow as a “freak injury”.” 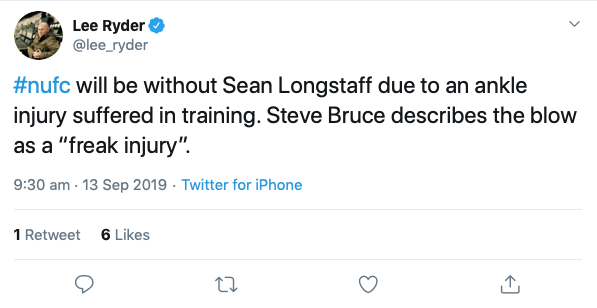 This is a heavy blow to the Magpies, and make no mistake about it. Longstaff hasn’t been quite as good so far this season as he was last time out, yet his absence will still be keenly felt by Bruce and his staff. He has persevered recently with the Longstaff-Isaac Hayden partnership that proved so successful in the last campaign, but that has now been rather forcibly broken up. This will likely see England international Jonjo Shelvey come back into the team against Liverpool on Saturday, something which will be viewed either as a positive or a negative thing depending on your point of view on the polarising former Swansea City star. There’s no word yet on how long Longstaff will be out, but freak injuries are never a positive thing. We will obviously all be hoping that he misses just this one game but, after only just coming back from the sidelines, Bruce would be wise to ease him back into the fold if possible.