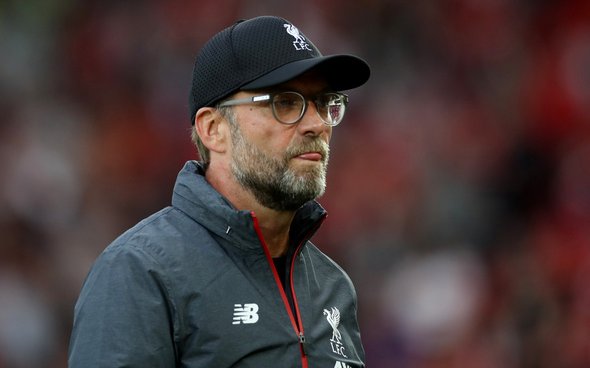 The Brazilian was isolated massively against the Reds, who eventually went on to earn all three points in a 3-1 win at Anfield despite Jetro Willems opening the scoring in the game.

Klopp highlighted to the Chronicle the importance of the Magpies’ record-signing, and his ability to fight for every ball with his physicality when leading the line.

“Newcastle did what they did, they do that really well and are always a threat for counter-attacks,” he said.

“It’s difficult to press them because they play the ball that early, constantly in a second-ball formation but then they have the speed to go in behind, plus Joelinton is really physically strong fighting for these balls.”

Joelinton opened his account for the Magpies in their only victory of the season away at Tottenham and struggled against the partnership of Joel Matip and Virgil van Dijk – only managing one shot on goal [WhoScored].

Joelinton may be one of the most important players in the system Steve Bruce is looking to adopt at the Magpies, but his performances so far this season show that he is miles away from being one of the better players at the club. The 23-year-old has struggled consistently in front of goal, and only scoring one goal in the opening five games only highlights his early struggles. Bruce has no choice but to stick with the South American due to injuries, and Joelinton must use his early experiences to improve his game. He will be told to hold up the ball and bring his teammates into play frequently, but goals are the most important part of a forward’s game, and right now he is failing. His efficiency isn’t good enough, having averaged two shots per game according to WhoScored, and more worrying for Bruce, he takes an average of 4.4 bad touches in each outing – a terrible stat for a lone forward. Klopp knows more than most in the managerial game, but Joelinton needs to improve significantly and he needs to do it quick.