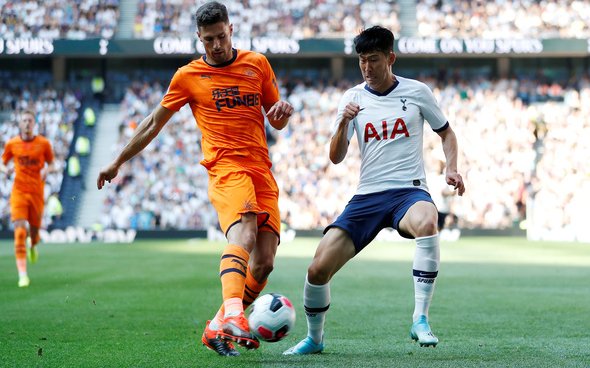 Newcastle United would be getting a ‘huge boost’ if they were to tie centre back Fabian Schar down to a new contract according to journalist Ciaran Kelly.

The Switzerland international has been a huge hit since joining the club from Deportivo last summer, and his latest strike for his country against Republic of Ireland had the football world taking notice.

Kelly knows what the Magpies need to do: “I know [Lee] Charnley’s in discussions with a few of the players about extending their contracts – the nucleus of the squad – you’re looking at that, if they could get him tied up that would be a huge boost,” he said in a video posted on The Chronicle’s official Twitter account on Wednesday.

“You’re not going to find a player like him for £3million. The irony is he wasn’t [Rafael] Benitez’s first choice, but Benitez obviously knew through his contacts about the relegation release clause at Deportivo and it’s an absolute masterstroke of a signing ultimately.” 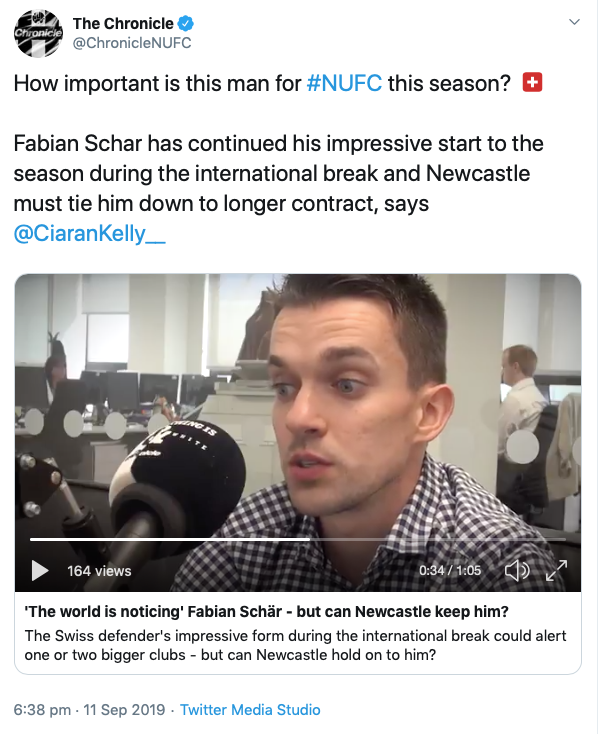 Kelly is absolutely spot on in everything he says, here. The word at the time was that Schar was only brought to Tyneside because of the injury suffered by centre half Florian Lejeune last summer. You never want to revel in a player picking up an injury, but this is the rare occasion where it worked out for the team. It forced Newcastle to go out and secure a new centre back signing in Schar, who has proved to be a tremendous success at St James’ Park. It would be no surprise that after his fantastic first campaign at the club, and with how well he’s played this term, that bigger teams would come sniffing for the 27-year-old. With that said, Kelly is right, it would be foolish not to offer Schar improved terms. Yes, he’s only been at the team for a little over a year, but he deserves to be rewarded for the huge impact he’s made at Newcastle. The fact that he only cost £3million just makes this even better for the Magpies faithful.