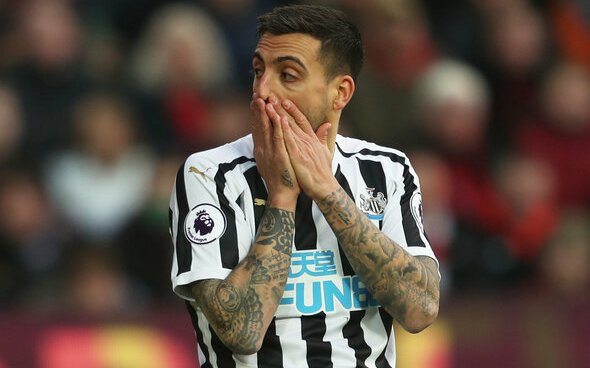 When both Salomon Rondon and Ayoze Perez left the club at the beginning of the season, Newcastle United lost their two top-scorers from the previous campaign.

Those departures left new manager Steve Bruce with Yoshinori Muto, Dwight Gayle, and Joselu at the club – all three short on Premier League goals in their careers.

Although he wasn’t massively successful at St James’ Park – scoring only seven goals in 52 games, the Spaniard has sparkled in his first few outings for the La Liga club, scoring twice in his three appearances.

The Magpies haven’t exactly hit the ground running so fat this season, and have failed to score more than once in a single game, only scoring three goals in their first four outings – the second-worst record in the Premier League.

With Gayle and Andy Carroll still injured and out of action, the responsibility to come off the bench and affect games has fallen on the shoulders of Muto.

Joselu would have been ideal for Newcastle at this moment in time, especially after the 29-year-old has earned the man of the match award on two separate occasions so far this season [WhoScored].

When comparing the Spaniard to Muto and Almiron via WhoScored, it is clear that Bruce could have made a mistake in letting the forward leave the club. 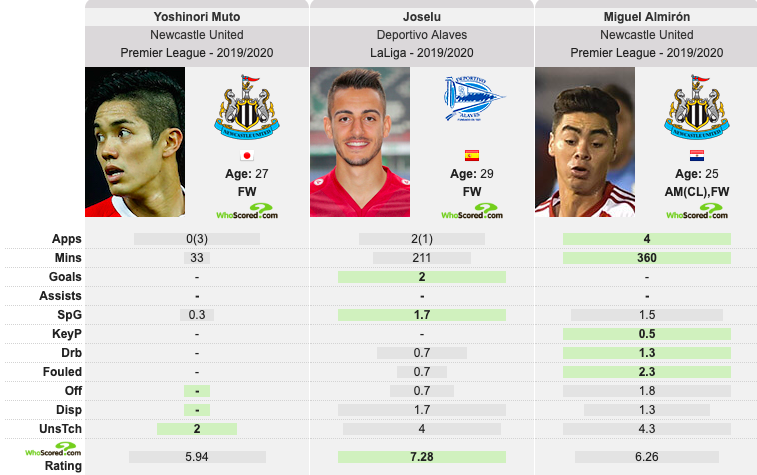 The 29-year-old has achieved a superior match rating compared to the Newcastle duo in his first three games, with Muto showing little to no threat when coming off the bench in games.

Joselu is the only one of the three to score this season and gets himself into better goalscoring opportunities, as he has averaged 1.7 shots on goal – almost more than the two Newcastle men combined.

As a playmaker, Almiron is expected to complete more dribbles and deliver more key passes than the two out-and-out strikers, but the only stat that counts as a forward is your goal tally, and the Magpies’ men are struggling.

Joselu’s shining start could more than prove that Newcastle could live to regret selling the Spaniard as he continues to shine early on in La Liga.