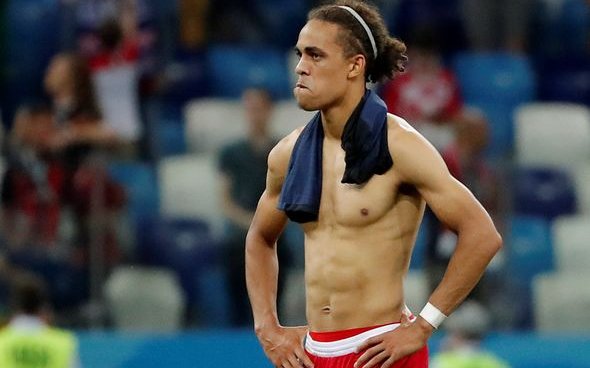 The Magpies have failed to score in two of their opening six games, and haven’t yet scored more than one goal in a single game as they sit just outside of the relegation zone.

Bruce has decided to stick with Joelinton and Miguel Almiron as his two frontmen, with their partnership failing to blossom so far.

Almiron is yet to be involved in a single goal at St James’ Park, despite joining in January, and record-signing Joelinton has only scored the single goal.

With struggles in front of goal for the Magpies, it would be no real surprise if they look to strengthen their attacking ranks in the January transfer window.

The Express has reported that Newcastle are set to challenge Premier League rivals Everton for the signing of Red Bull Leipzig forward Yussuf Poulsen, with both sides having extensively scouted the Danish giant.

Poulsen has been in good form in front of goal over the past couple of seasons, scoring 15 goals in 27 Bundesliga appearances in the last campaign.

The 6’4″ forward [Tranfermarkt] has also started this season well, scoring the one goal and adding two assists in his four appearances so far for the German side.

When comparing Poulsen to Joelinton so far this season via WhoScored, it is clear to see the Danish international could add more danger in the final third. 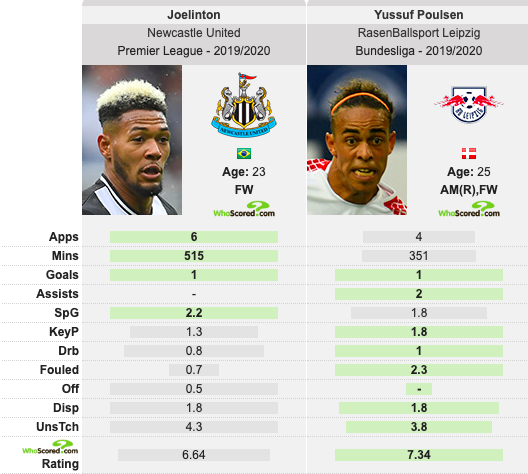 Despite playing nearly 200 fewer minutes this season, Poulsen has been involved in two more goals and has a significantly higher WhoScored match rating.

The 25-year-old has also averaged more key passes, completed more dribbles, and also won more fouls for his side per game already in this campaign.

Poulsen also takes better control of the ball too, taking fewer bad touches in each display as he uses his size and physicality to his advantage.

In their current situation, Newcastle must do whatever it takes to secure the Danish forward as Everton reportedly set their sights on signing him.