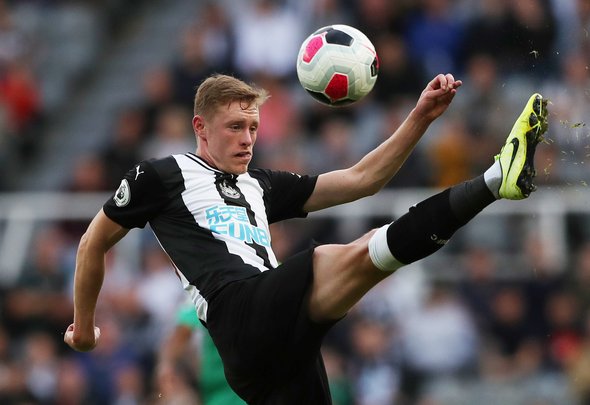 It’s been a decent start to the season for Newcastle United, all things considered, but there are a couple of worrying issues bubbling away under the surface.

Chief amongst those – or at least near the top of the list – is the form of star midfielder Sean Longstaff so far this season. The 21-year-old’s lack of production is something that Daily Telegraph journalist Luke Edwards picked up on after Saturday’s 1-1 draw with Watford at St James’ Park.

“Longstaff not same player as last season,” he wrote on his personal Twitter account after the game.

That may seem like a harsh assessment of things, but there’s no denying the fact that the Englishman doesn’t quite look as effervescent as he did during his run in the team last campaign.

Granted it’s a small sample size this time out, but the statistics make for damning reading for the midfielder. As per WhoScored.com, Longstaff is down in a host of major statistical categories from what he produced last season.

From an offensive point of view, he’s averaging fewer shots and dribbles per game, while he’s having more unsuccessful touches now. Meanwhile, he’s making fewer passes per outing and is less accurate with them. His long balls per game average is also down from 3.3 to 2.

Defensively, too, things aren’t looking good. He averaged 1.9 tackles and 1.1 interceptions per game last campaign. This time round, those numbers have dropped to 1.8 and 0.5 respectively.

Clearly in the 2019/20 season we are simply seeing a different Longstaff, and it’s a diminished version at the moment. With that said, it’s hard to say anything other than that Edwards has hit the nail on the head with his verdict, here. 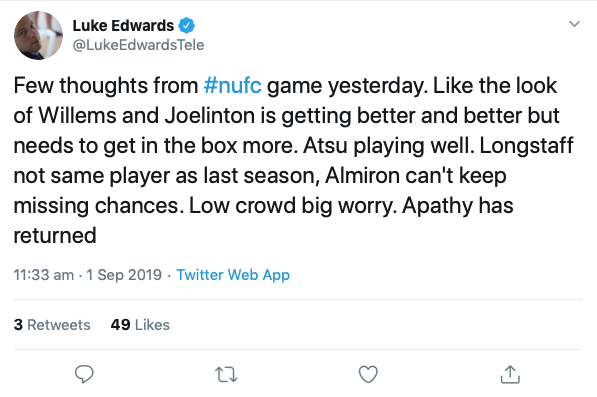