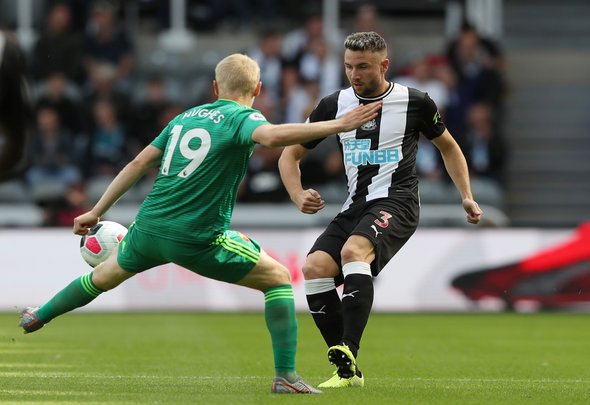 In recent years there has been no one in a Newcastle United shirt who has so encapsulated the Geordie lad made good than defender Paul Dummett.

Through the thick and the very, very thin, the 27-year-old has been there for the Magpies, and has grown into one of the team’s most consistent players.

That’s why his recent decision to reject an international call-up by Wales manager Ryan Giggs to focus on his club career, and his subsequent explanation for doing so, will so delight the Toon Army.

He told The Chronicle on Tuesday: “It was obviously a difficult decision because playing for your country is an honour. But I have had my fair share of injuries over time and I just felt that coming at this time of my career I want to play for Newcastle and earn a new contract here.”

While the Welsh football fans are likely none too happy with his choice, the Magpies fans are surely over the moon. The fact that his club is his number one focus, and that his chief desire at the moment is to earn a new contract at St James’ Park, is likely exactly what they wanted to hear.

A new deal for the Welshman? That is surely inevitable. After all, he has been one of the stars of the early part of the Steve Bruce era on Tyneside.

As per WhoScored.com, he has played in every game of the new Premier League season, and is averaging terrific numbers. He’s making two tackles and interceptions a game at present, along with five clearances – five!

Those are pretty impressive statistics, while his average foul per game tally of just 0.5 is equally impressive. That shows that when he makes a play for the ball, he very seldom ends up without it.

Add to that his respectable 76.7% pass accuracy and the fact that he is averaging 1.5 long balls forward per game, and you have a complete defender.

Combine THAT with his obvious passion for the football club and his desire to secure a new deal, and you have a near-perfect Newcastle player.