Crooks has say on Owen-Shearer spat 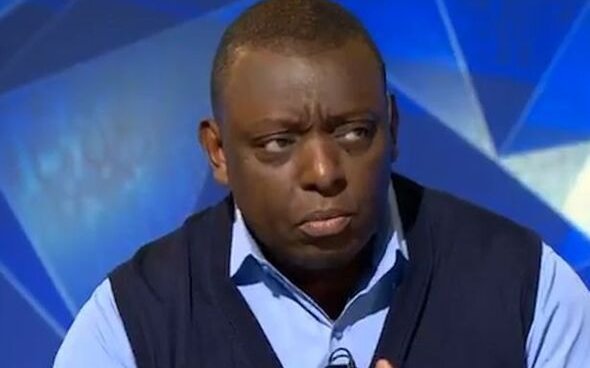 The two former Magpies strikers have become locked in a war of words in recent weeks amid the release of Owen’s new autobiography, and Crooks has revealed what the former said that the latter simply ‘could not let go’.

“In Michael Owen’s recently published book, Reboot: My Life, My Time, he seems to have reopened an old wound with former England team-mate and now Match of the Day pundit Alan Shearer,” he wrote on the BBC Sport website. ” It’s clear Michael desperately wanted to get something off his chest when he claimed in his book that he never really wanted to go to St James’ Park.

“I suspect Shearer could have let that go. However, what Newcastle’s record goalscorer could not let go was the claim by Owen that his beloved Newcastle were “only a big club because they have lots of fans and a big stadium”. I have no doubt that Alan and Michael will find a way past this public disagreement but Newcastle fans will find forgiveness a little more difficult.”

It seems that Crooks has missed a bit of the argument, here. You know, the part where Owen claimed that Shearer had tried to engineer an exit from Newcastle to join Liverpool after being benched by the late, great Sir Bobby Robson? Did Crooks miss that part? Yes, Shearer obviously didn’t appreciate Owen claiming that the Magpies weren’t a big club, they merely had big fans. However, he was probably far more hurt by Owen’s later accusation about him trying to leave, which is why he hasn’t publicly responded to that one. Crooks is right that the Newcastle faithful will find forgiving Owen much more difficult than Shearer might. Football fans are fiercely passionate and defensive of their team, particularly the Toon Army. So, yes Owen and Shearer may be able to forgive and forget, but the Newcastle fans certainly won’t. Still, we need to move past this all now, because it’s getting a bit boring.