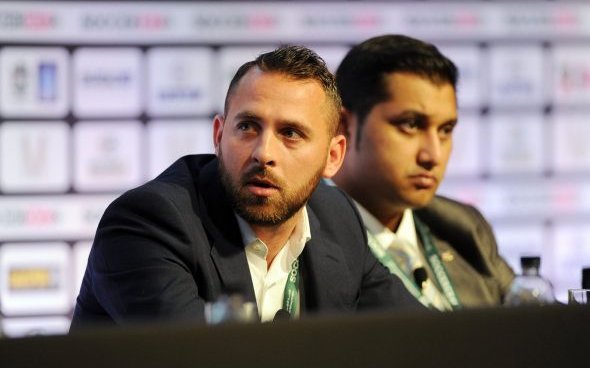 Michael Chopra has responded to Newcastle United manager Steve Bruce after he claimed all of the former forward’s comments were lies.

Chopra told talkSPORT that the majority of the Newcastle squad didn’t know what their roles were under Bruce because the new manager didn’t work on team shape in training.

The former Newcastle and Cardiff striker claimed he wasn’t surprised by Bruce’s response, saying that the manager has to stick with his words and back his tactics.

Speaking to the Shields Gazette, Chopra responded after Newcastle made it consecutive Premier League games without defeat before the international break, leaving them on four points.

“Obviously, what I said was the truth,” he said.

What a surprise, Chopra has come out and commented on Newcastle once again. The retired forward just can’t help himself, and he needs to keep his nose out of any Magpies’ business, whether he is a fan or not. All he is doing is using it as publicity now, and everyone is starting to recognise that. Newcastle midfielder Jonjo Shelvey even recently admitted to the Chronicle that the squad spoke about his claims, and simply questioned who Chopra even was, which further proves he must stop while he is possibly ahead. Bruce and his side obviously put it behind them quickly and simply ignored Chopra when proving everyone wrong in the past couple of weeks. The win against Tottenham more than proved that Bruce has implemented his style on to his side, who looked more than happy in his system. Chopra should wind himself in and let Newcastle get on with playing football.