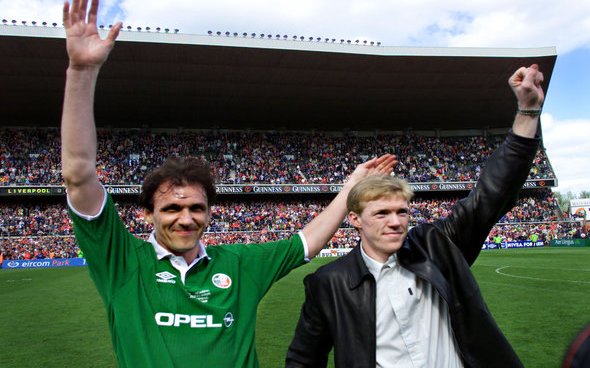 The 30-year-old returned to the north east this summer after the expiration of his West Ham United contract, and Cascarino believes his second Magpies tenure will be key for him.

“If you get a fit Andy Carroll, he will cause so many problems to teams. Unfortunately, you can’t get him on the pitch too often. His career is hanging in the balance right now, in terms of how much football he can play.”

It’s not a stretch to say that Carroll’s career is hanging by a threat, this summer shows that that is the case. The England international wasn’t exactly inundated with top quality offers to come and play after he left the Hammers at the end of last season, eventually accepting essentially a pay-as-you-play offer to return to St James’ Park. With that said, this year at Newcastle is going to be absolutely pivotal to his chances of continuing his career at the top level. If he can’t stay fit and make an impact in the Premier League this term, then he might as well start packing his bags for America or China right now. Cascarino is right that a fit Carroll causes teams problems. We’ve seen that time and time again. But, as he concedes, the problem is that he can’t stay fit for very long. Injuries have blighted the big man’s career, and all we can do now is hope that the worst is behind him and that he can make a success of his second Newcastle spell.