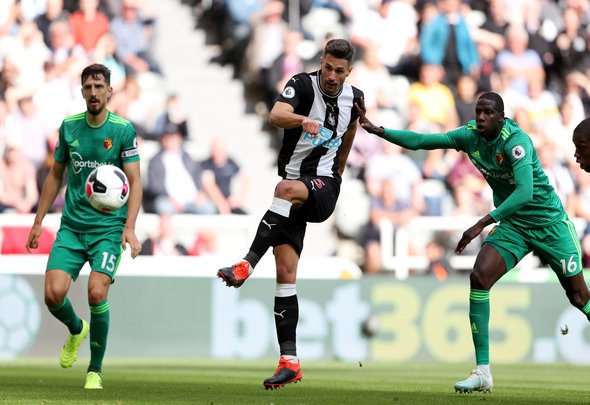 Newcastle United defender Fabian Schar walked freely out of Anfield after picking up an injury in the 3-1 defeat to Liverpool on Saturday.

The Switzerland international suffered a calf injury in the game, but club doctors confirmed that the Magpies’ enforcer frequently picks up cramp throughout the season.

Steve Bruce confirmed after the game, as quoted by the Chronicle, that the club were uncertain on the diagnosis of the problem picked up by the 27-year-old, but they are hopeful it is not serious.

“The medical department say he does suffer from cramp a little bit.”

Schar was eventually substituted against the Reds and only managed to complete 80 minutes of action after requiring attention from the physio.

There is no surprise that Bruce and Newcastle are crossing their fingers over the fitness of Schar after Saturday’s defeat. A tear to the 27-year-old’s calf could cause serious problems and an extended period on the sidelines, hampering the Magpies’ solidarity in defence. Schar has been an integral part of the Newcastle defence in the past couple of years and has stepped up when his side has needed him. The Swiss enforcer has averaged three tackles per game according to WhoScored and has also completed 2.8 interceptions and 3.8 clearances on average. That is the highest average of interceptions in the entire squad and highlights his natural ability on the ball and how he can recycle possession with ease. The fact that Schar managed to walk freely away from Anfield without the help of crutches which could highlight how the early signs look good in terms of his fitness for the crucial game against Brighton next time out.