Bowen to be offered new deal by Hull 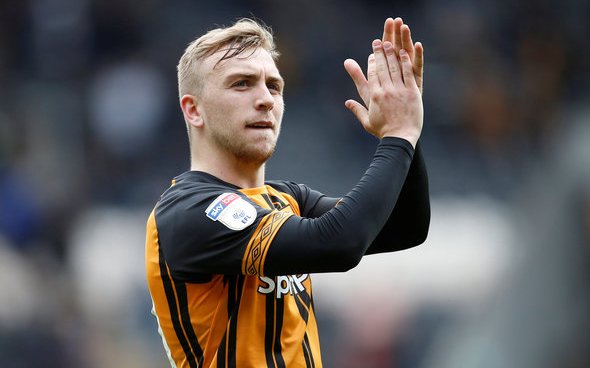 There is no hiding the fact that Newcastle United need attacking reinforcements, whether that be in January or the summer.

It has been a solid enough start to the season under Steve Bruce, but the Magpies need to start changing their draws into victories as the campaign goes on.

Newcastle have not exactly been in form in front of goal so far, having only managed to score four goals in their six games – a return which has only seen them win only one game.

In those six games, they have failed to score more than a single goal, and that is not good enough if they want to remain in the Premier League this season.

One attacker that has been consistently linked with the club is Hull City forward, Jarrod Bowen, with Newcastle being reported by the Express to be challenging Southampton for his signature in January.

However, they could be soon be dealt a blow in their pursuit of the 22-year-old.

Hull manager, Grant McCann, has recently admitted to HullLive, that he fully expects the club to be offering Bowen a new deal at some point in this season.

“It’s difficult because he’s a top player, he really is,” said McCann.

“I’m sure the club will sit down with Jarrod and put something to him.”

“At the end of the day, he’s a Hull City player this year and next. It’s down to Jarrod to sit down with the football club and arrange a new deal for himself.”

Bowen has been in prolific form in the Championship in the last couple of seasons, and it comes as no surprise to see Premier League clubs lining up for him.

Since the beginning of last season, the 22-year-old has scored 26 goals and is a constant threat in-and-around the 18-yard-box and on the counter-attack.

Bowen averages 3.4 shots on goal per game according to WhoScored and has the ability to create the space for opportunities wherever he plays across the front three.

The potential contract talks could see Newcastle’s reported pursuit of Bowen be put on ice as the star could soon end up committing himself to Hull for the foreseeable future, which will only make him more expensive to buy.