Beckford excited by ASM and Almiron 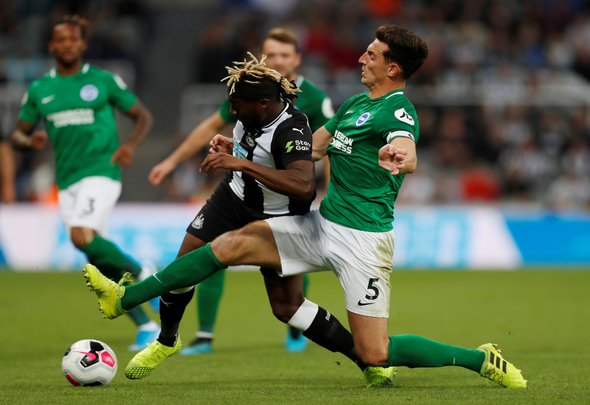 The former Everton and Leeds striker was particularly impressed with their ability to get on the ball and beat their opposition number with ease to create chances for the Magpies.

Beckford responded after being asked about Newcastle’s struggles in front of goal by selecting the forward pairing who can change the club’s fortunes after only scoring four goals in their opening six games.

Speaking on Sky Sports’ Football Centre on Friday morning (10:32am), Beckford picked out the Magpies’ duo as two who can make a real difference in games.

“They also have a couple of clever players in Saint-Maximin and Almiron,” he said.

“Those two guys are very exciting players to watch, they’re exciting because whenever they pick the ball up the first thing they want to do is get in the opposition half.”

“When they’re there, they want to get past the defence they’re up against aswell, they put in crosses, they get shots off, they’re creative players.”

Picking out potential dangermen in Newcastle’s squad isn’t exactly hard. Steve Bruce arrived at the club after the Magpies let go of Ayoze Perez and Salomon Rondon, and had little available to him through pre-season. The signings of Saint-Maximin and Joelinton were vital but both have struggled to make an impact. They may have exciting players in the form of the Frenchman and Almiron, but the truth is, they must start adding an end product to their games to help Newcastle start to pick up much-needed points. Almiron has been at St James’ Park since January and has yet to score or assist a single goal, and no matter how creative you are, that is not good enough. Saint-Maximin has struggled for consistency this season, with injuries already disrupting his progress. The 22-year-old has only completed 57 minutes in the top-flight but has only averaged 0.7 shots and 0.3 key passes according to WhoScored – stats that need to be improved. Yes, they may look exciting when on the ball, but that means nothing when the end product isn’t there, and the Magpies’ duo must improve.