Atsu has been ‘a revelation’ this season 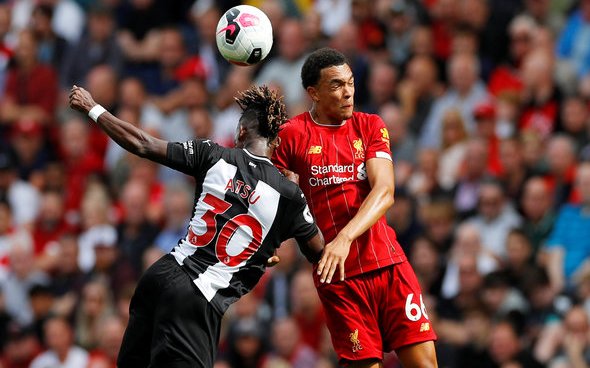 Newcastle United winger Christian Atsu has been a revelation for the Magpies this season, according to the Shields Gazette.

The newspaper claims that the Ghana international has produced the finest form of his St James’ Park career since coming into the team earlier this campaign, despite producing a sub-par showing against Liverpool on Saturday.

Their report states that: “Since he’s come into the team, he’s been a revelation. The pace he’s added has had a big impact on this United team. He can take the team from A to B very quickly, and is just as impressive when he drops back into defensive positions.

“But, this one was an off day for Atsu. He was at fault for the second goal when he gave the ball away when a simple pass was on to a teammate.”

It’s difficult to argue with this assessment of the former Chelsea man’s form this term, to be fair. Look, Atsu isn’t the best player at the club, but he works extremely hard and he’s finally now beginning to get into his groove on Tyneside. Yes, Saturday wasn’t his finest performance, but he was still better than a lot of Steve Bruce’s players. Who looked the most likely to create something out of nothing for Newcastle on Saturday? It was Atsu. He had some nice touches and was clearly keen to spark something into life, but unfortunately he was playing alongside a bunch of offensively-challenged teammates. He was at fault for the second goal, there’s no disputing that. He still needs to work on his concentration and make sure he’s a bit better in possession of the ball, but he certainly looks a better bet than Miguel Almiron at the moment. So, yes, he has been a tremendous revelation for Bruce’s team so far this term.