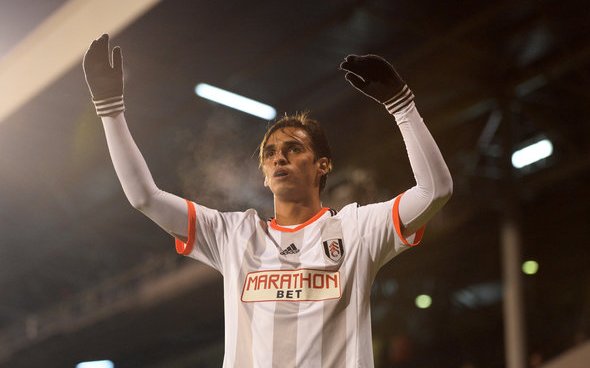 Newcastle United owner Mike Ashley was prepared to send a helicopter to playmaker Bryan Ruiz to try and get him to sign for the club in 2011, according to the Shields Gazette.

The newspaper claims that the Sports Direct tycoon was so enamoured by the 125-cap international that he was ready to go to desperate measures on deadline day.

However, despite the Magpies upping their interest in the then-FC Twente star, he agreed to join their Premier League rivals Fulham instead.

It’s safe to say that it didn’t quite work out for him at Craven Cottage, where he amassed a record of just 13 goals and 24 assists in 107 games [Source: Transfermarkt].

This is one of those transfers where you look back at it and think ‘thank God that one didn’t work out’. Ashley obviously liked the cut of Ruiz’s jib, but unfortunately for him he wasn’t able to get his man. Fortunately for the Newcastle fans, though, Ashley’s helicopter ploy didn’t work on the Costa Rican. Ruiz did get better towards the end of his Cottagers tenure – although the drop to The Championship might have had something to do with that – but he’s still not someone that the Newcastle supporters are upset they missed out on. Having said that, he’s one of those players where you wonder how he might have got on in a different environment or with a better team than the Fulham side he played for. He’s done well elsewhere, of course, and he’s obviously a legend in Costa Rica, but perhaps he simply couldn’t adapt to English football. That happens all the time, after all. Ruiz was undoubtedly talented, but for whatever reason he just couldn’t get it done over here.