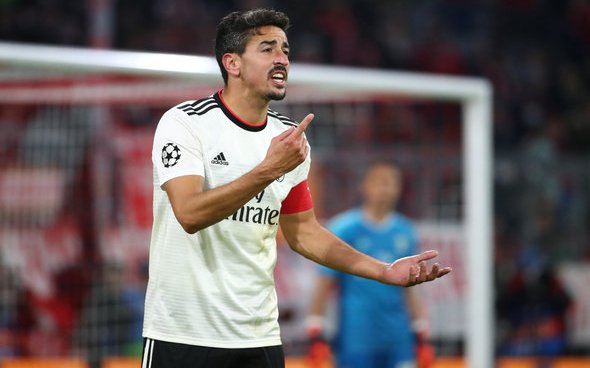 When Newcastle United completed the signing of defender Emil Krafth, Steve Bruce will have thought he had completed his squad for the Premier League season.

The Swedish international arrived at St James’ Park towards the end of the window despite only completing a permanent move to Amiens a month beforehand.

With DeAndre Yedlin entering the season with an injury, it left Bruce with only Javier Manquillo as his only available option, as it became clear the Magpies were targeting a new right-back.

Those reports were quickly shut down by O Jogo who revealed the Portuguese international was in line for a new contract at the Estadio da Luz.

Newcastle could regret not pushing harder to sign the 29-year-old after he recently shared his dream of wanting to move to the Premier League in his career.

“I always had the dream of going to the Premier League,” Almeida told radio station Mega Hits, as relayed by the Mirror.

With that in mind, Newcastle could regret making a move for Krafth when they could have secured their first reported defensive target in the window.

When comparing the two via WhoScored from last season, it is clear to see that Almeida would have been the better target for the Magpies to secure. 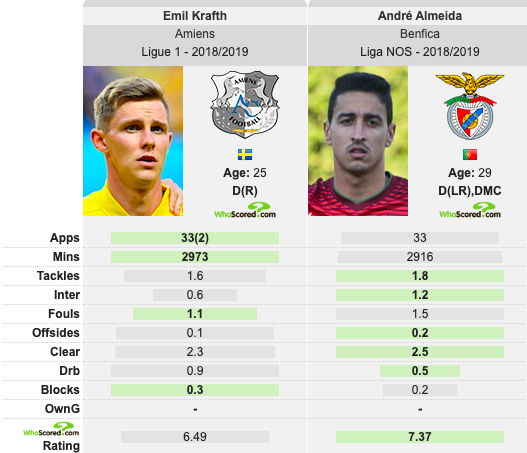 Almeida is also much more suited to a wing-back role than the Swede is, after the Portuguese international delivered 11 assists last season – impressive from defence.

On top of that, the Benfica defender also completed more dribbles per game and averaged more shots on goal and key passes for his side.

Newcastle might be wishing they’d pushed a bit harder for Almedia now.