Waugh: Colback could head to Scotland 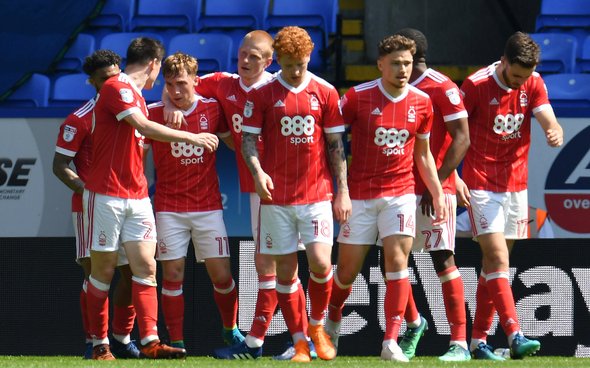 Newcastle United duo Henri Saivet and Achraf Lazaar are very likely to exit while midfielder Jack Colback could head out on loan to Scotland or somewhere else in Europe, according to reliable journalist Chris Waugh.

The reliable reporter during a question and answer session for The Athletic stated that Lazaar had been interesting clubs in Italy, but didn’t mention a possible destination for Saivet.

Waugh then added that Colback could end up heading to Scotland or another country in Europe as he didn’t think the midfielder was going to make the Magpies’ 25-man Premier League squad. 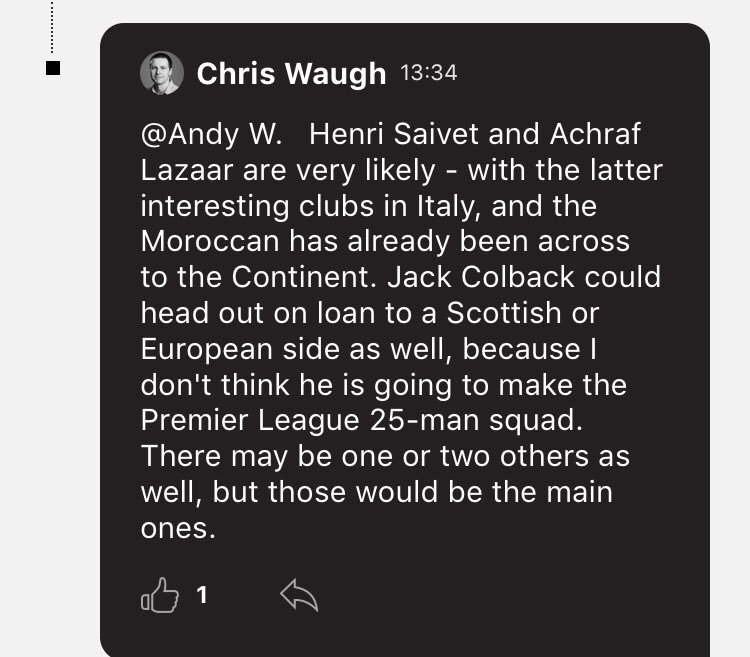 “Henri Saivet and Achraf Lazaar are very likely – with the latter interesting clubs in Italy, and the Moroccan has already been across to the Continent. Jack Colback could head out on loan to a Scottish or European side as well, because I don’t think he is going to make the Premier League 25-man squad,” wrote Waugh.

“There may be one or two others as well, but those would be the main ones.”

Waugh teased that other players could exit aside from the Magpies trio he mentioned with the European transfer window still open, but it’s hard to imagine there being too many players pushed out the door by Steve Bruce. The Magpies boss will surely just get rid of the senior players who don’t make his 25-man squad for the Premier League, while also hanging onto some of the club’s talented youngsters so that he has extra depth if an injury crisis appears. Colback would be the biggest-name to exit out of the trio Waugh mentions, as the midfielder did feature in pre-season. However, it will hardly be classed as a surprise when you consider that Colback, who earns £35,000-a-week (Spotrac: Spotrac), has had two separate loan spells at Nottingham Forest recently. The 29-year-old midfield enforcer played 38 times for the Championship last season, and his lack of pace and ability to keep up with England’s second-tier was shown by the fact he racked up 15 yellow cards. Waugh suggests a move to Scottish football may end up being on the cards for Colback, and you feel that might be the best move as the standard of football is arguably on par with the Championship, if not a little lower.