Many Newcastle United fans were thrilled by the prospect of attackers Allan Saint-Maximin and Rolando Aarons striking up a good rapport ahead of the new season. Saint-Maximin shared a picture on his personal Twitter account of himself and Aarons in training, while also claiming that Aarons already loves him. Saint-Maximin’s tweet saw many Newcastle fans go wild as one hailed their bromance, while one tipped the duo to set the league alight together. Other Newcastle fans opted to show their joy over the two players being friends by claiming that Saint-Maximin needed to get Aarons a headband so they could match. While one Newcastle fan is being bold to tip the pair for success, there’s no denying that the 2018/19 campaign is a big season for both of them. Saint-Maximin recently joined from Nice, after averaging a rating of 7.21 across his 35 league outings last season, and needs to prove he can deliver the goods in the Premier League (Source: WhoScored). The 22-year-old winger scored six goals while assisting three last season, but could be a bit sloppy in possession given only 76% of his passes from their target. As for Aarons, he has struggled to feature for the Magpies in recent seasons, with the winger instead having loan spells at the likes of Hellas Verona and Sheffield Wednesday. 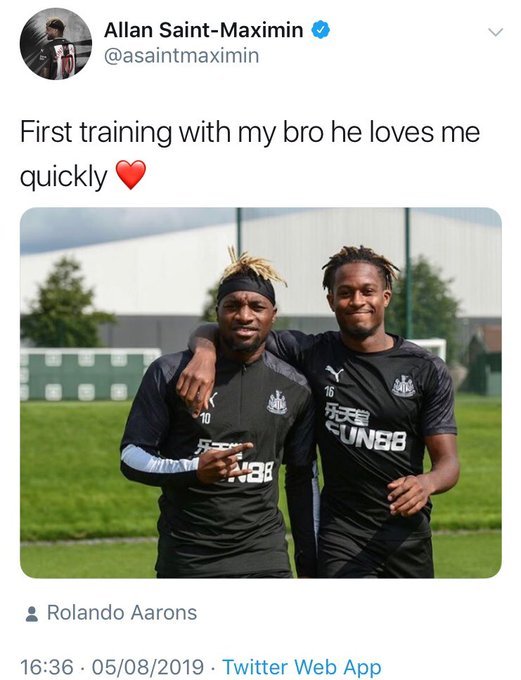 Nothing But Newcastle has rounded up some of the tweets: 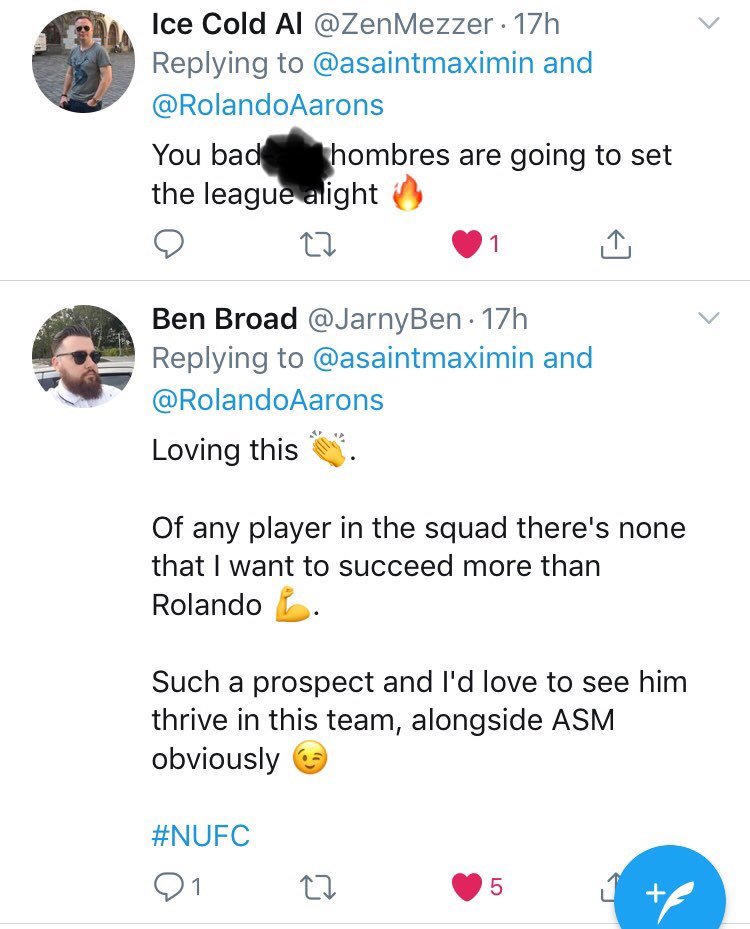 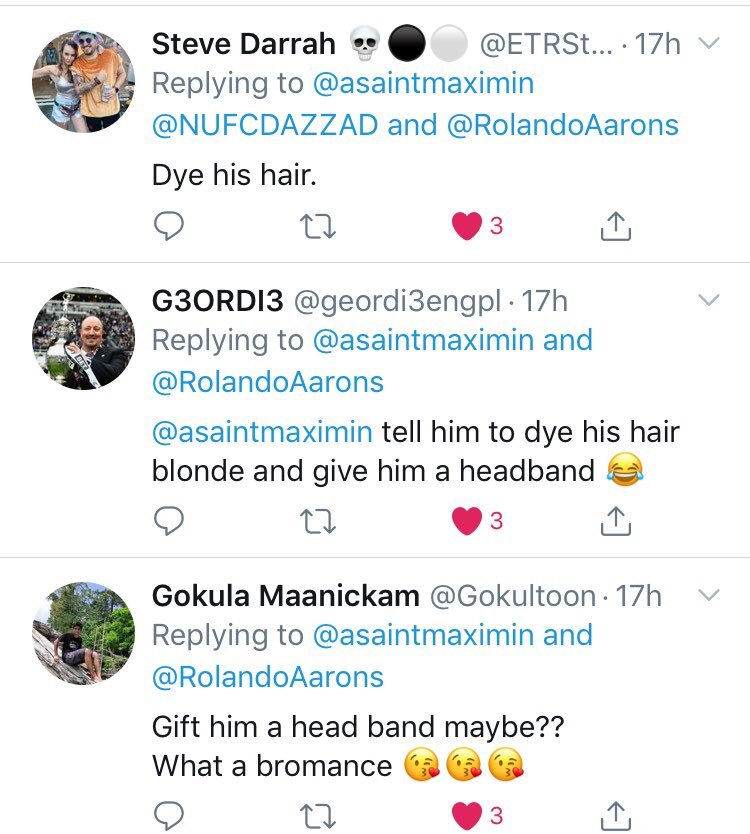 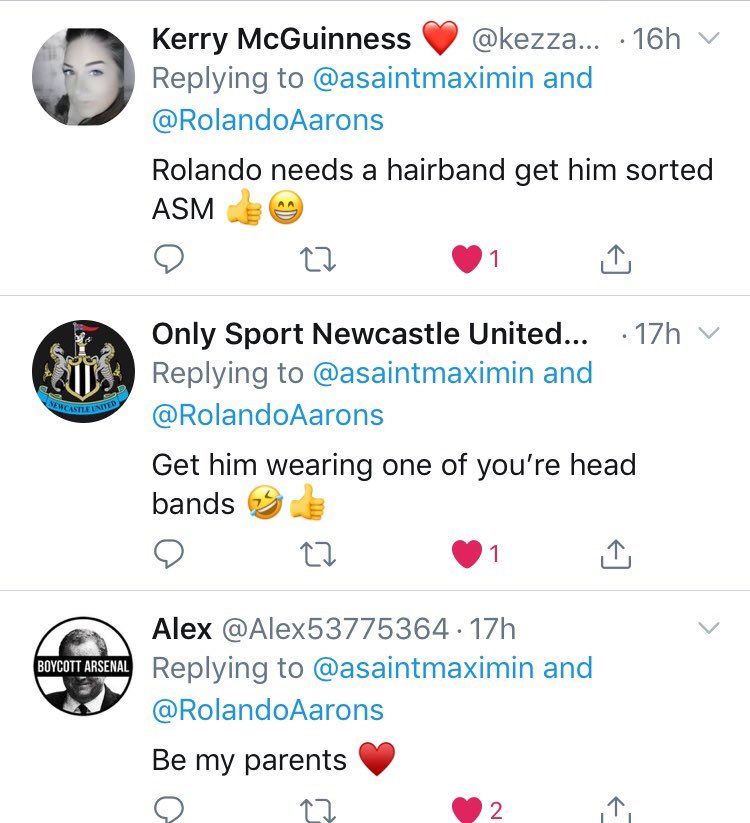 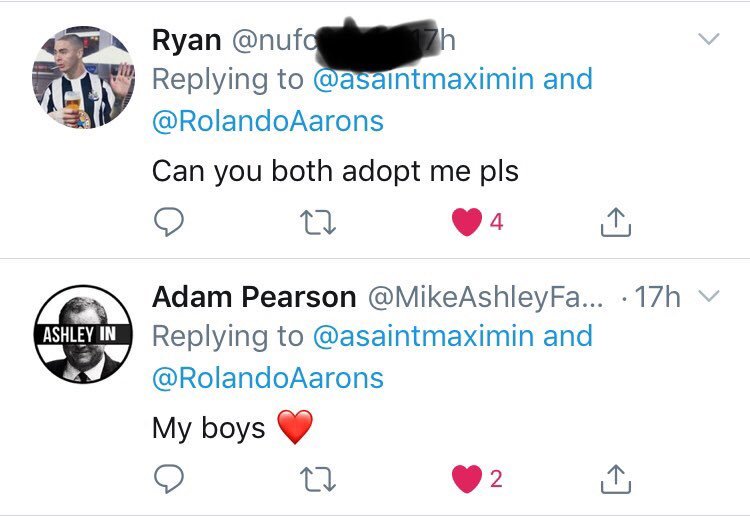 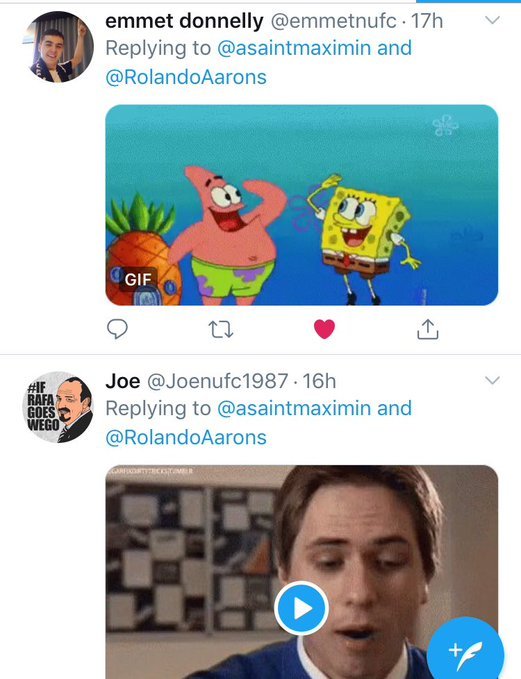